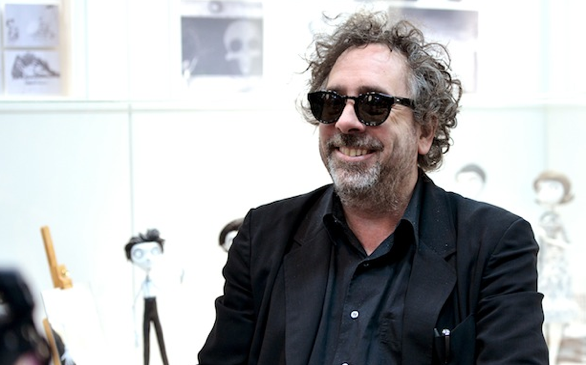 Director Tim Burton sat down for a Q&A to discuss his new original film Frankenweenie, which harkens back on older art forms.

Q: Frankenweenie is now a Disney feature film. How do you feel about it getting made after so many years, after the short film version was shelved away initially?
Tim Burton: It’s a project that always meant something to me, and the opportunity to do stop motion, black and white…It just seemed like the right medium and time to revisit something we did a long time ago.

Q: It’s been about 20 years since your turn as Batman director, when hero movies were less prevalent. How do you feel about the journey of the genre?
TB: I recall back to when we were doing that, and how worried they [the studios] were that it was too, too dark –now it looks like a light-hearted romp, “Batman on Ice!” It’s interesting because it was such a struggle to make something like that at the time.

Q: One of the best times of the year at Disneyland is when the Haunted Mansion gets The Nightmare Before Christmas treatment. How did that collaboration come along, and which is your favorite ride?
TB: Sleeping Beauty’s Castle and Space Mountain. To work with the Haunted Mansion is such an honor; I grew up loving the Haunted Mansion. It’s one of those weird dreams come true.

Q: Frankenweenie is a return for you to stop-motion, landscapes and black and white filmmaking. What was your experience this time around since Corpse Bride and Ed Wood?
TB: It was a pleasure to go back and do black and white; that was part of the reason I wanted to do it. Any stop-motion film, when you see the sets, you see the details –it’s like its own art form. Most of the black and white has textures in it –it makes it more emotional. It’s a strange thing; it affects the way you watch it.

Q: What was the challenge in the creative process of expanding the Frankenweenie universe from the original short?
TB: It wasn’t too much of a stretch. The heart of the story is the same, I just had these other characters rattling around, which made it seem like a different thing. That’s why I’m proud: I got to explore kid politics and the way kids are with each other and teachers and things. It felt quite natural.

Q: Looking back on your span of films, is there one that stands out as your favorite?
TB: It’s hard to pick, you spend so much time on each thing, like [Edward] Scissorhands and Ed Wood or Nightmare [Before Christmas] or this one. I do have ones that are slightly more personal.

Q: Was it always a part of the plan for this feature to be in 3D?
TB: Yeah, the idea of seeing a black and white in 3D was something I was really interested in because there was a lot of talk about 3D. It’s too dark, it’s too bloody. This opportunity with the black and white, [we’re] trying to keep it crisp, trying to keep its shadows. When I watched it I just loved it. You see things in a different way. The idea of stop-motion black and white seemed like a really good exciting combination for us.