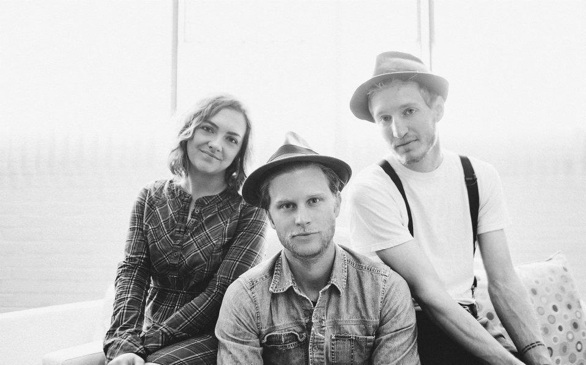 Chances are you've heard the Lumineers without actually hearing about them.

Their first single, "Ho Hey!," is featured on a commercial for Microsoft's search engine Bing. The brief minute-long spot features a man peering out of his window at the dreary rain, causing him to develop a severe case of wanderlust and in a bout of spontaneity, ups and leaves for Hawaii. Much like the man in the commercial, the Lumineers' self-titled debut album left me with a resonating urge to seek an adventure of my own.

The Lumineers isn't your typical run-of-the-mill folk band. For starters, there is a pervasive classical element discernible in their music. The band's sole female member, Neyla Pekarek, in addition to lending the band a silky set of pipes, also contributes cello, mandolin and piano sounds to their tracks. Pekarek, who is classically trained, first fell upon fellow band members and Lumineers co-founders Wesley Schultz and Jeremiah Fraites via a Craigslist advertisement seeking a cellist in the greater Denver area. Pekarek was first to respond to the ad, a chance happening which in light of their recent successes may be deemed serendipitous.

Despite the incorporation of cello, mandolin and other such unconventional instruments, the Lumineers' sound manages to maintain a sense of no frills simplicity. At the same time, their songs don't give the impression of being the product of haphazardly strewing together instrumentals and vocals. In "Ho Hey!," for example, their blending of basic guitar chords with timed stomping, clamping and chanting ho's and hey's meld together to form a beautifully articulate melody that is evidently the result of three incredibly conscious and self-aware composers.

The Lumineers sound a lot like their folk music siblings Edward Sharpe and the Magnetic Zeros, but comparing the former to the latter would be wrongfully cutting the Lumineers' talents and contributions short. The Lumineers have found their own niche, incorporating classical influences in their intrinsically folk style, and have definitely proven themselves as artists to look out for in the future.

The Lumineers is available now.