Remembering Amy Winehouse: A Film is Still a Possibility 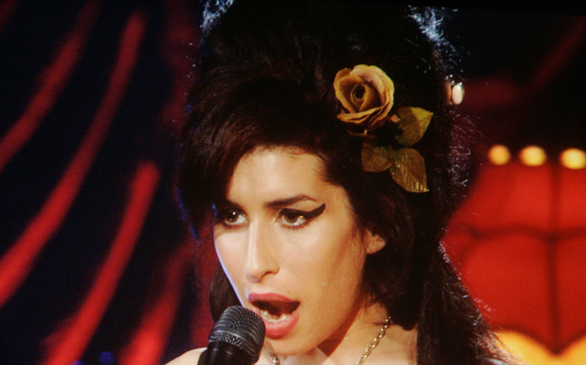 One year after the death of Amy Winehouse, the artist's legacy continues to grow. Gone at the age of 27 with just a strikingly small catalog of music to her name, Winehouse's can't-miss voice, which owned a wise-beyond-her-years smoky depth, will forever be ingrained in the memory of fans and admirers.

Music bearing the Winehouse signature continues to surface. Perhaps the strongest of her posthumous releases came this month courtesy of rapper Nas.

The hip-hop veteran is essentially a guest on his own song as Winehouse sings the hook to the track with cool, jazzy toughness. Her voice on Nas' "Cherry Wine" is an instrument unto itself, its odd tones at times recalling a trumpet, and her unexpected phrasing channeling jazz improvisers.

It's a reminder of her vocal prowess, which too often was surrounded by retro-obsessed trappings. That love of another era hampered "Lioness: Hidden Treasures," the first posthumous collection of her odds and ends. No doubt plenty more Winehouse music remains in the vaults, yet it's her 2006 breakthrough "Back to Black" that will continue to inspire.

Indeed, once again talk has surfaced of a Winehouse biopic. Her father, Mitch Winehouse, had earlier downplayed the possibility of green-lighting a film based on his daughter's life, questioning whether he would make her most famous work available for a potential film. Yet when he spoke this week to the Associated Press, the concept appeared to be back up for discussion.

"We don't want a sensationalized movie going out, you know, but equally there's no point in sort of massaging the fact that Amy was a alcoholic and drug addict; no point in pretending that didn't happen," he said.

Any potential film is likely some time away. More music, however, surely is not. The late artist's father also confirmed to the AP that her unfinished songs are being worked on.

"We're working with (producers) Salaam Remi and Mark Ronson to see what they've got," he said. "But we have to be mindful; we don't want to put anything out that could be damaging. It wouldn't be right for Amy's fans."

Amy Winehouse's name today is associated with more than pop culture. In the year since her death, the launch of the Amy Winehouse Foundation has dedicated itself to helping at-risk youth, and will stage its first gala in October. Remi and singer Tony Bennett are among those scheduled to appear.