How to Cure U.S. Health Care 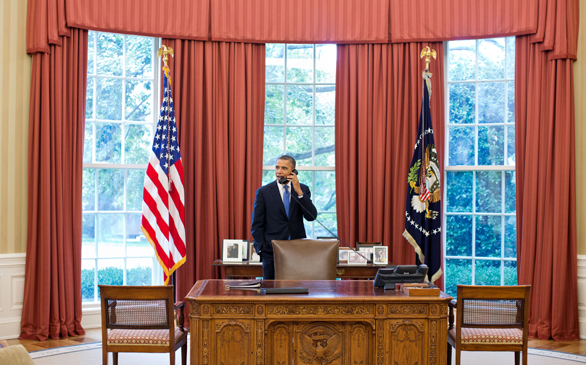 When it comes to health care, Americans are not getting a lot of value for their money. The United States spends 17.6 percent of its gross domestic product, nearly twice the average of the nations in the Organization for Economic Cooperation and Development. But life expectancy in the United States in 2010, at 78.7 years, is below the OECD average of 79.8 years. The U.S. infant mortality rate is higher than in most developed countries - it is higher than the rates in Greece, Hungary and Slovakia.

Can Americans get the same - or better - health outcomes for less money? They almost certainly can, but it is not clear that they will. European nations limit the growth of health-care spending through technocratic controls. Usually, a central government agency makes decisions about treatments and drugs that fall within a universal mandate governing coverage. The United States, with no true central system in the offing, can't do the same.

True, President Obama's Affordable Care Act has created IPAB, the Independent Payment Advisory Board, a bureaucracy designed to control costs in the delivery of Medicare. In principle, this should be an independent body empowered to make changes to the system, outside the political process. However, even when we assume away the enormous controversy and political resistance IPAB has encountered, this approach toward cost containment suffers from several flaws. For example, its oversight will not apply to hospitals until 2020.

Further, the healthcare law leaves to state regulators the interpretation of "essential health benefits" that have to be provided by insurers at affordable premiums. However, state regulators will not have to pay for the cost of additional treatments. As a result, these regulators will have little incentive to not expand the essential coverage in a way that could make the system explode.

The essential problem is that simple technocratic ways of curbing costs are rarely effective, unless it is part of a completely centralized system like the National Health Service in Britain.

Without such a central, technocratic solution, what can the United States do? It could start by eliminating tax loopholes that encourage excessive spending on healthcare insurance. In the United States, employer-based health insurance premiums are a tax write-off for the companies, and employees are not taxed on this benefit. But getting rid of the loopholes is a political nonstarter. So barring a thorough reform of such tax treatment to bring down spending, changing the incentives offered to individual patients is the best available method for cost containment.

One important change would be to raise the patient's share of the cost of treatment. The U.S. has one of the lowest shares of out-of-pocket fees in the world: 25.1 percent of the total private health expenditure, compared with 62 percent in the Britain and 84.8 percent in Singapore. And, in Singapore - arguably a country with one of the best-functioning health-care systems in the world - fees are charged at practically all levels of medical procedures and hospital stays, and a complicated system of government subsidies helps people cope with the costs. As a result, overtreatment and wasteful health-care spending are kept to a minimum, both in the public and the private systems.

But leaving this issue aside, there is a positive aspect of the U.S. system that sets it apart from Europe and the rest of the world - but it also makes it hard to contain costs. America's excessive spending on healthcare fuels biomedical innovation. This provides a free lunch for the rest of the world, which enjoys the benefits without having to pay for it.

Estimates of the costs of developing a new drug and bringing it to market range from $1 billion to $12 billion. The U.S. is the world's largest pharmaceutical market, accounting for 40 percent of global drug industry revenue. Between 2001 and 2009, 60 percent of all pharma patents in the world were granted in the U.S. A similar picture emerges in biomedical research: The National Institutes of Health spends almost $31 billion annually on research, compared with only $10 billion spent by all the European Union countries combined.

The challenge of reforming healthcare in the United States and elsewhere is how to reduce waste without stifling innovation. But the development of new drugs and new medical procedures necessarily involves failure and needs the resources to allow for that. In other words, innovation is necessarily "wasteful." Making the trade-off between innovation and waste is tough. It is not clear that the heavy-handed bureaucracies created under Obama's healthcare law are best-equipped to get it right.

At the same time, the U.S. can cut waste without hurting innovation. For example, it could eliminate the perverse tax treatment given to health insurance and increase per-service fees. It is a shame that politicians of both parties have taken such options off the table.

Dalibor Rohac is an economist at the London-based Legatum Institute. He wrote this for the Los Angeles Times.