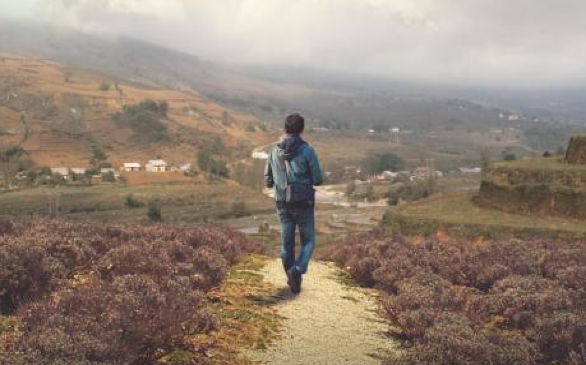 The Voluntourist is a travel memoir with a volunteer bent.

Volunteer work doesn’t have to be completely altruistic and it certainly wasn’t initially in the case of The Voluntourist author Ken Budd. Shaken by the death of his father, Budd began a process of reevaluating his own self-worth after witnessing the outpouring of affection for his dad, a man who led a well-rounded and productive life. Budd, on the other hand, saw himself as a dud, pushing 40, with no children and no accomplishments that he or others could be proud of.

While stewing about the situation, Budd received an e-mail solicitation for volunteers to go to New Orleans and help with post-Hurricane Katrina clean-up. He answered the call, and a five-day stint doing hard, grungy work and having run-ins with humorous characters like “the paint Nazi” turned out to be not only the beginning of an ongoing volunteer vocation, but also the onset of great personal growth.

After New Orleans Budd volunteered to work in Costa Rica, China, Ecuador, Palestine (the West Bank) and Kenya, and while this book isn’t a travelogue, it does present a vivid picture of each of these places as Budd, himself struggling, makes a serious effort to connect with those who need help of a different sort.

Budd doesn’t sugarcoat the conditions he sometimes had to work in or the emotions that he experienced along the way, but any reader who has a notion to do volunteer work will definitely be inspired by the honest and amusing storytelling of The Voluntourist. No doubt this book will be a catalyst for those with the vision to see that volunteer work actually comes with a very big payday.

The Voluntourist is available now.