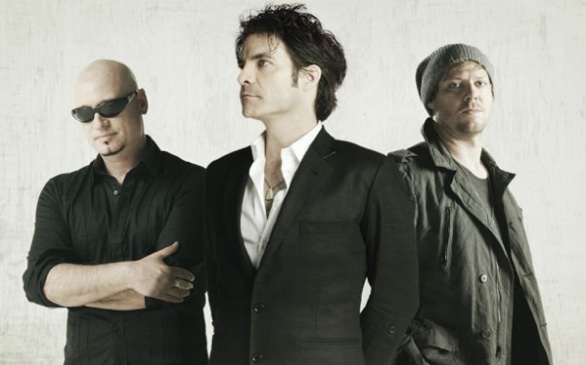 Train's California 37 is a complete departure from their Drops of Jupiter era.
(Credit: Facebook.com/Train)

I can’t say, “If you love Train, then you’ll love this album” because it really depends on which Train you love. If you loved the band that released Drops of Jupiter more than 10 years ago, you’ll be disappointed; though, let’s be frank, that Train is long gone. The Grammy-winning band came back on everyone’s radar in 2009 after a long hiatus with the wildly successful “Hey, Soul Sister,” and they seem to be taking that inch and making it a mile. This means that if you loved that single and the direction that Save Me San Francisco was going in, you’ll love California 37, which sounds like sunshine and a road trip.

Completely re-invented, the band surely gained new fans with their infectious “Drive By,” and unfortunately, lost some devoted followers that wanted Drops 2.0.

Forty-five going on 19, Train has only barely clung onto the genre “pop-rock,” but with California 37, it’s clear they’ve flung the hyphen and second half far away.

The extremely pop and radio-friendly album rarely rests, taking you straight to a small countryside coffeeshop with “Bruises” and to the beach with “Mermaid.”

The road even leads to heaven in the cheesy and charming tune “You Can Finally Meet My Mom,” where lead singer’s Pat Monahan sings that even amongst “Jimi Hendrix, Jesus, or the dude who played the sheriff in Blazing Saddles,” he’ll be hanging out with his love.

A history tour of a song, “This’ll Be My Year” would be amazing if it weren’t living in the shadow of Billy Joel’s “We Didn’t Start the Fire.”

Whistling, silly lyrics, ukuleles, foot-tapping beats, infectious choruses, Monahan’s reliably distinctive voice –you can find it all on Train’s sixth studio release. The one thing you won’t find is a shade of the band’s former self.