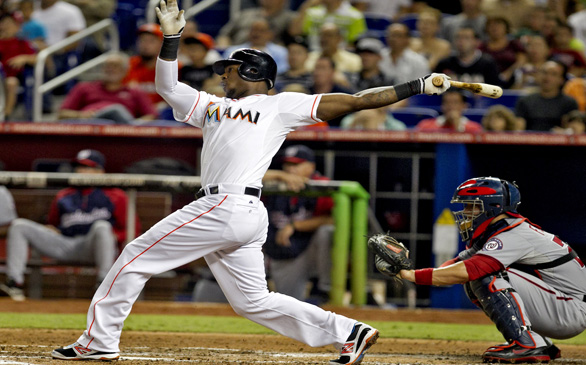 "The addition of a hitter the caliber of Hanley Ramirez improves our lineup from top to bottom, inserting a proven run producer to go along with Matt [Kemp] and Andre [Ethier]," Dodgers general manager Ned Colletti said through a prepared statement. "We're excited for Hanley to begin a new chapter in Los Angeles."

Ramirez, 28, is a three-time All-Star, former batting champ and NL Rookie of the Year. The Dodgers will pick up nearly $40 million in financial commitment to the sometimes controversial Ramirez, who is signed through 2014.

In Choate, the Dodgers receive a solid left-handed pitching arm that will add depth to their bullpen. The 36-year-old Choate has a 2.49 ERA in 44 games, and gives the Dodgers a second lefty reliever to go with Scott Elbert.

According to numerous reports, the Dodgers are in the process of executing more deals. They are interested in outfielders Hunter Pence and Shane Victorino of the Philadelphia Phillies, and starting right-handed pitcher Ryan Dempster of the Chicago Cubs.