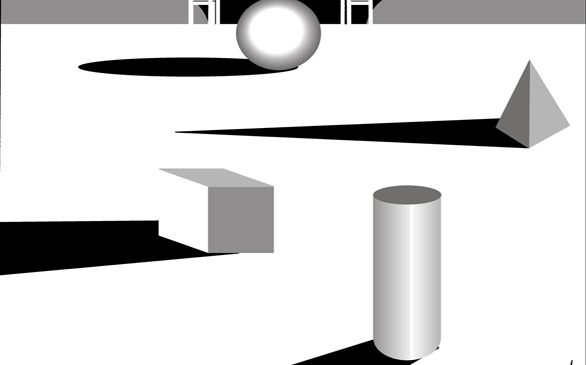 Surrealism art, such as the piece above, was forever changed by World War I.
(Credit: The Miami Herald (MCT))

Along with millions of idealistic young men who were cut to pieces by machine guns and obliterated by artillery shells, there was another major casualty of World War I: traditional ideas about Western art.

The Great War of 1914-18 tilted culture on its axis, particularly in Europe and the United States. Nearly 100 years later, that legacy is being wrestled with in film, visual art, music, television shows like the gauzily nostalgic PBS soaper "Downton Abbey" and plays including the Tony Award-winning "War Horse."

"It created an epoch in art," said Leo Braudy, a University of Southern California professor of English and author of From Chivalry to Terrorism: War and the Changing Nature of Masculinity. "The question is, what was on one side and what was on the other?"

The simple answer as to what lay on the near side of World War I is Modernism, that slippery but indispensable term denoting a wide range of new sensibilities and aesthetic responses to the industrial age. Modernism took shape decades before World War I, but its clamorous arrival was vastly accelerated by the greatest collective trauma in history to that point.

From the fiction of Ernest Hemingway, Virginia Woolf and John Dos Passos to the savagely critical paintings and etchings of George Grosz and Otto Dix, WWI reshaped the notion of what art is, just as it forever altered the perception of what war is. Although World War II racked up more catastrophic losses in blood and treasure, WWI remains the paradigmatic conflict of the modern age, not only politically but also culturally.

"Of all the wars, that is the one that seems to explain us best," said Michael Morpurgo, the English author of the novel War Horse, about a Devonshire farm boy's death-defying bond with his noble steed Joey, on which the National Theatre of Great Britain's production is based.

Particularly in his country, he said, WWI resonates louder than the even greater cataclysm that followed it 20 years later. "The First World War for British people is very much a part of who we are," Morpurgo said during a visit to Los Angeles. "It's so deep in us; the poetry, the stories, the loss, the suffering is there in every village churchyard."

During and after World War I, flowery Victorian language was blown apart and replaced by more sinewy and R-rated prose styles. In visual art, Surrealists and Expressionists devised wobbly, chopped-up perspectives and nightmarish visions of fractured human bodies and splintered societies slouching toward moral chaos.

"The whole landscape of the Western Front became surrealistic before the term surrealism was invented by the soldier-poet Guillaume Apollinaire," Modris Eksteins wrote in Rites of Spring: The Great War and the Birth of the Modern Age.

Throughout Western art, the grim realities of industrial warfare led to a backlash against the propaganda and grandiose nationalism that had sparked the conflagration. Cynicism toward the ruling classes and disgust with war planners and profiteers led to demands for art forms that were honest and direct, less embroidered with rhetoric and euphemism.

"Abstract words such as glory, honor, courage, or hallow were obscene besides the concrete names of villages, the numbers of roads, the names of rivers, the numbers of regiments and the dates," Hemingway wrote in A Farewell to Arms, his 1929 novel based on his experiences in the Italian campaign.

Other artists clung to the shards of classical culture as a buffer against nihilistic disillusionment. "These fragments I have shored against my ruins," T.S. Eliot wrote in The Waste Land (1922).