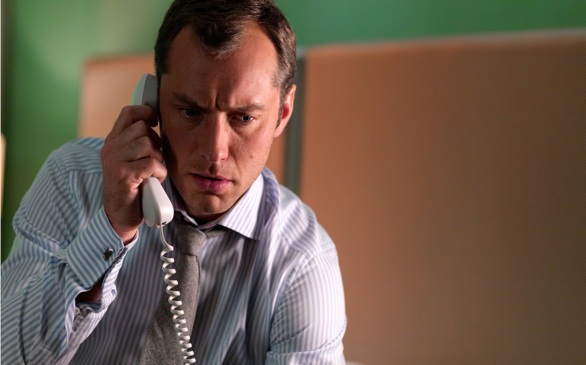 360 is not a film that is easily explained. The plot is incredibly intricate and contains so many stories, and that makes it quite difficult to write any sort of synopsis. In fact, when the trailer was released, it didn’t even seem to have any sort of coherent storyline –but with people like Anthony Hopkins, Jude Law and Rachel Weisz in the cast, there must be something special about this movie, right?

There is. 360 is basically a film that shows us just how small the world is. There are so many people and so many stories, but in some small way we are all connected to one another. The film begins with Lucia Siposová, who plays Mirkha, a woman that has decided to have sex with men for money. She and her sister, Anna, go to meet a man who takes pictures of her for a website where men can choose a woman to sleep with. If the “customer” has a large amount of money, the man who runs the site will then come to the hotel room, kill the customer, and split all his money with Mirkha.

This is where Jude Law’s character, Michael Daly, comes into play. He is waiting at a hotel bar for Mirkha, waiting to be her first customer. Fortunately, fate intervenes and Michael is spotted by two fellow businessmen. Earlier in the day, Michael decided not to make some sort of deal with these two men, which was apparently in his company’s best interest. Michael attempts to get rid of the men, but they spot Mirkha and recognize her. They begin to make fun of the situation, and laugh at whomever it was that called her. Michael, knowing that he can’t be seen with her in front of them, leaves the bar to call his wife, Rose (played by Rachel Weisz). All seems well until Michael receives a call from one of the businessmen at his hotel room. The man informs him that he has just slept with Mirkha, and she revealed that Michael was supposed to sleep with her. As such, the businessman blackmails Michael into reconsidering the deal that he had earlier declined.

It’s best not to reveal any more of the film’s story, because it really is interesting to see how everyone’s stories connect. Of course, with a cast like 360 has, it’s obvious that the acting in the film is outstanding. What was surprisingly creative was the editing: Each scene contains the most interesting transitions, and it really is noticeably different than most films. Also notable is the soundtrack. With so many different locations in the film, it can become difficult to really convey the feeling of each different city. 360 utilizes the songs within the film to let the viewer get a feel for each different location and immerse themselves in it.

Honestly, there’s not much that isn’t to be liked in this film. The cast is wonderful, the locations are pleasing to the eye, the editing was different from most anything that’s in theaters nowadays, and the plot commands your attention for the entirety of the runtime. 360 is a film that will most likely go unnoticed, but it deserves so much more than that. If you have a chance, see this movie –you will not be disappointed in the slightest.