Skrillex, Bloc Party and More to Perform at HARD Summer 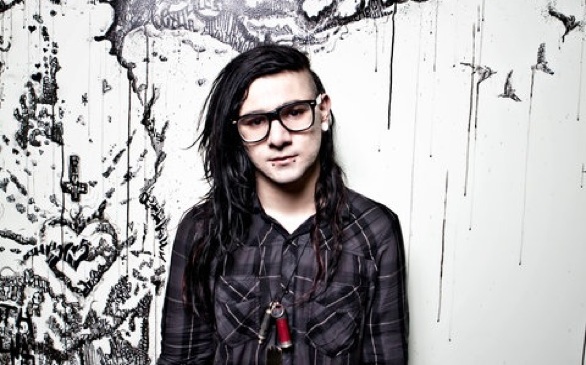 Skrillex will bring his dubstep beats to the two-day festival.
(Credit: facebook.com/Skrillex)

Summertime in Los Angeles is possibly the best place in the world to be for music lovers. Every single major band comes through town, as well as the heavy local stream of musicians and acts just starting out. Now add to that all of the festivals, art shows and one-off events that are generated for a city of over 8 million and it all adds up to the most exciting time of the year to be an Angeleno.

Born out of this diversity comes one of the most anticipated and largest festivals in Los Angeles, HARD Summer. Launched in L.A. in 2007 by Gary Richards -- whose history of involvement in the world of events is long and tried -- the inaugural festival was such a success that it kicked off a huge line of events including a tour and the upcoming cruise.

This year, HARD is bringing a diverse set-up to town for two nights featuring everything from funk to house to dubstep to dance.

Giving a chance for audiences to be exposed to other sounds is a big part of what makes HARD events unique. They take a general category of music and show you all sides.

Richards comments, “Our goal is to introduce people to the newest of the new, and that’s what separates us from other festivals. Plus we have different styles. It’s not all techno; it's indie rock, hip hop, funk and techno.”

“I’m a huge fan of Bloc Party, and with these events a lot of the same people come through. They haven’t played the U.S. in four or five years, and they have a new album coming out,” explains Richards of their inclusion on the line-up.

Also featured at this event is the legendary Bootsy Collins.

“I just feel that Bootsy brings the party, and we wanted to show the younger generation what the party is all about,” says Richards. “I want live instruments in the festival any chance I get.”

It’s that kind of vibe –educating the masses about where the music has come from and then bringing them the biggest that are doing it today, including Skrillex, who will be headlining the show Saturday night.

“Skrillex and I have been friends for a long time, so we will always have him on the bill.”

Even Richards will be taking the stage. After all, he is DESTRUCTO.

“I’m on the main stage to cover the changeovers. That way I can be more mobile and do what I need to do,” he adds.

I can’t think of many festivals where the person literally organizing the whole thing is also taking time to perform sets throughout the night, let alone multiple sets. Dispersed among his sets there will also be guest sets from musicians in bands like Foster the People.

So, how big is this thing going to be? Last year they hit 30,000 people, and this time around they are prepared to handle an additional 5,000. With the increase in capacity also comes other improvements like more ATMs and more water stations, and they even moved the stages to prevent noise bleed. That means you can listen to one stage and not have it sound like the act is sampling from the stage next to them.

Other acts set to perform are Miike Snow, A-Trak, Zedd, Nero, Chromeo, Little Dragon, Datsik and a ton of others. HARD Summer will be taking place Friday, August 3 and Saturday, August 4 in Downtown L.A. at the L.A. Historic Park. Tickets are still on sale, but going very fast. For more information about the event, visit HARDfest.com.