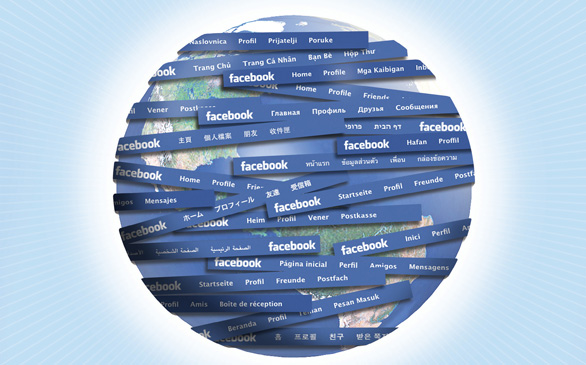 Facebook was supposed to be one of the 21st century's hottest stocks, but its inaugural quarterly report as a public company may have doused hope for a technology rally on Wall Street.

The social networking powerhouse that disappointed investors with its bungled stock market debut in May did it again Thursday. It reported a dramatic slowdown in revenue growth and a huge surge in costs.

Although sales topped projections and Facebook showed signs of progress in wringing advertising revenue from its 955 million users, investors were spooked by a fourfold surge in marketing and sales expenses and a warning from Facebook that it would continue to increase those expenses "significantly."

The jump in costs, analysts say, was so unexpected that it prompted a sharp sell-off in after-hours trading, driving the stock down more than 11 percent at one point to below $24 a share. It had fallen 8.5 percent during the regular trading session - closing at $26.85, down $2.50 - before the company released its earnings.

Instead of redemption, Facebook once again found itself being whipsawed by doubts over its advertising-fueled business. Facebook's growth rate was its lowest since the first quarter of 2011, when it began disclosing financial information.

Facebook has lost a third of its value since its IPO in May at $38 as investors question the company's market value and its prospects as more users migrate to mobile devices.

Bottom line: Facebook has a lot of work to do if it hopes to compete with Google, Twitter and other Internet giants for consumers' attention and advertising dollars, GreenCrest Capital analyst Anupam Palit said.

"It turns out Charles Darwin's theory of the survival of the fittest applies just as much to Facebook as it does to any other company," Palit said.

Facebook's tight-lipped approach to financial forecasts and company strategy almost guarantees that the gyrations will continue. The company offered no guidance for the current period, disappointing some investors.

The earnings call with analysts was short on details and heavy on vision, which could put even more pressure on the stock, said Michael Yoshikami, chief executive of Destination Wealth Management.

"I suppose that makes some sense given the new market they're in, but the problem is the analyst community is hungry for a way to understand the opportunity Facebook provides. I'm not sure the call accomplished that," Yoshikami said. "A lack of concrete plans and no data to back up comments will no doubt impact the stock."

Wall Street scrutinized second-quarter results as an indicator of Facebook's growth potential. Revenue in the three months that ended June 30 rose 32 percent to $1.18 billion from $895 million a year earlier, beating the $1.15 billion analysts expected. But growth has slowed significantly from just a few quarters ago, when Facebook more than doubled revenue.

Facebook's quarterly loss of $157 million included expenses related to compensating employees with stock from its IPO, including the big payout to founder and Chief Executive Mark Zuckerberg and other top executives.

But analysts measure companies through ongoing profitability that strips out these kinds of one-time items. Adjusted for the compensation expenses, Facebook posted earnings of $295 million, or 12 cents a share, which met projections.

The challenge is figuring out how to make money from those users. On the earnings call with analysts, Chief Operating Officer Sheryl Sandberg said: "We are still in the early days of building our monetization engine."

That engine is revving in mobile, Zuckerberg said. He expects 5 billion people will own smartphones over the next four or five years, creating even more opportunity for "sharing and connecting" on Facebook. Zuckerberg says Facebook has already seen good results from mobile ads.

Yet investors are growing impatient.

"We are disappointed in how the stock is trading," Chief Financial Officer David Ebersman acknowledged during the call. "We are the same company now as we were before, and we have the same opportunity in front of us to build something important and valuable."

"The company was as clear as it could be that this wouldn't be a knock-it-out-of-the-park quarter. It did admirably, yet the hype was still there," Rohan said.

"The hype over Facebook's IPO was unprecedented - bigger than Google's IPO, bigger than almost anything I've been involved with in my career - that just the residual hype made people think there was upside, that earnings would come way ahead of expectations, and they didn't," Rohan said.

(Andrea Chang of the Los Angeles Times contributed to this report.)