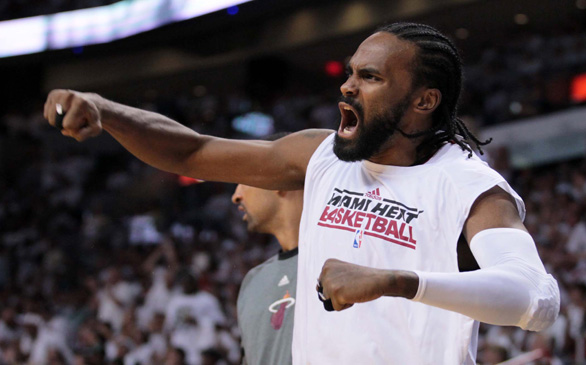 Today, the Los Angeles Clippers officially announced the signing of free agent forward Ronny Turiaf, who last played with the Miami Heat. The terms of the deal were not revealed, but multiple media outlets are reporting that it is for one year. Turiaf, a former member of the Lakers, is a 29-year-old seven-year NBA veteran and native of the Caribbean island of Martinique. He is currently in London playing with the France national basketball team at this year's Olympics. The highly energetic 6-foot-10-inch Turiaf has appeared in a total of 375 career NBA games, averaging 5.2 points, 3.8 rebounds, 1.5 assists and 1.4 blocks while shooting 53 percent from the field in 17.9 minutes.