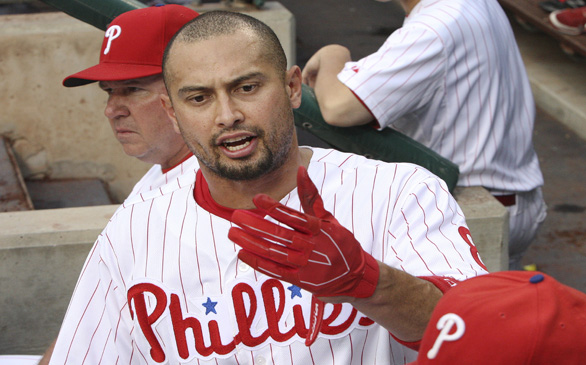 It continues where it  began. Outfielder Shane Victorino is coming to the Los Angeles Dodgers via Philadelphia. The Phillies got rid of Victorino for two pitchers, reliever Josh Lindblom and prospect Ethan Martin. Victorino, 31, has $3.3 million remaining on his contract and will be eligible for free agency after the season; the Dodgers first drafted him in 1999.

“We’re excited to add an All-Star caliber player with postseason experience,” Dodger General Manager Ned Colletti said of Victorino in a prepared statement. “He plays the game with passion, gives us a top of the order bat from both sides of the plate, can steal bases and is solid defensively in the outfield.”

Also, on Tuesday night, the Dodgers officially announced that they acquired right-handed reliever Brandon League from the Seattle Mariners. League, 29, is owed approximately $1.8 million for the rest of the season before becoming a free agent this winter. He's pitched to a 3.63 ERA, and is a candidate to be a closer for L.A. For League, the Dodgers gave up prospects Leon Landry and Logan Bawcom.