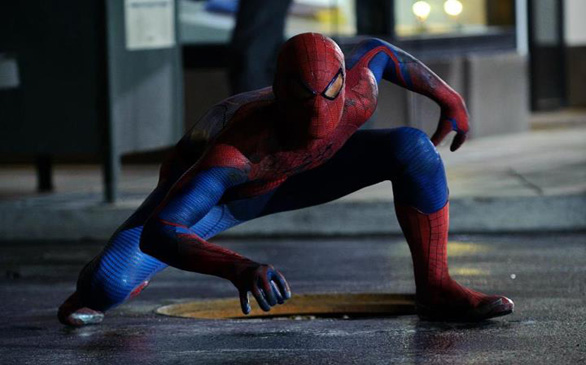 Christopher Nolan's post-Batman plans may be a hot topic of conversation in moviedom, but intrigue is swirling around a different director of a 2012 summer smash: The Amazing Spider-Man's Marc Webb.

According to a person briefed on discussions about the franchise, Sony wants Webb back for a planned spring 2014 sequel (with $650 million in global box office for the first movie, why wouldn't it?). Maybe more crucially, the director wants to return too.

The idea would be for Webb to continue to build the world, Nolan style, this time with the help of a couple of new writers, veterans Alex Kurzman and Roberto Orci, who are already scribbling, along with James Vanderbilt from the first picture. The film would also allow Webb to explore the matter of Peter Parker's parents and background, which were teased in marketing materials but little addressed in the film. A Webb return would surely make waves on fan sites, where the director's Spider-Man has been the subject of vocal debate this summer.

But Webb could be hung up by Fox, which has a cudgel to use.

Webb had initially been on the hook for at least one film at the studio after Fox Searchlight made (500) Days of Summer with the then-little known director in 2008 and early 2009. Executives gave him a reprieve to work on Spider-Man. But they're less inclined to give him another, especially now that it's been more than three years since he made a movie for them.

(One project he could make for Fox Searchlight, incidentally, is Age of Rage, a dark, futuristic biothriller from the writer of Black Swan. Rage had gone into development years ago and brought in the Swan writer, Mark Heyman, last year, though a script is not yet ready.)

One way out of all this: Fox is considering giving its blessing to Webb on Spidey but in exchange would extract a two-picture commitment from Webb. It would be a steep price to pay for the filmmaker - most in-demand directors don't like locking themselves up that long - but it would free him to return to one of Hollywood's biggest franchises.

If the sides aren't able to come to an agreement, Sony has to move quickly to find a new director: The new Spider-Man is set to hit theaters in 21 months.