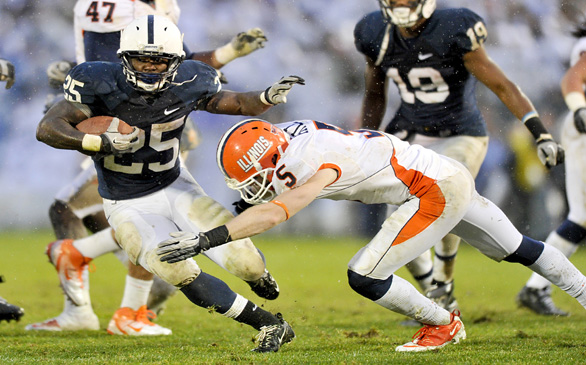 Silas Redd, one of the top running backs in the country, has decided to move on from Penn State. Redd is transferring to the USC Trojans, where he will join an elite team aiming to win the national championship this upcoming season, according to a confirmed report by ESPN's Joe Schad. Redd is eligible to transfer immediately without a penalty after Penn State was hit with unprecedented sanctions two weeks ago. He ran for 1,241 yards and seven touchdowns in 2011.