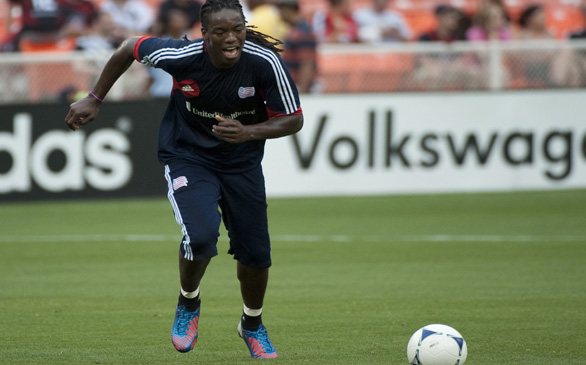 Chivas USA has officially acquired midfielder Shalrie Joseph, the team announced Wednesday morning. To receive Joseph, the Goats traded midfielder Blair Gavin, a SuperDraft second round pick in 2013 for an undisclosed allocation of money. Per MLS and team policy, details of the contract were not revealed.

“We are very glad to bring Shalrie Joseph to the organization,” Chivas USA’s General Manager Jose Domene says in a prepared statement. “He has been one the most consistent players in this League. He brings his experience, and he will help us make that final push for the playoffs and hopefully MLS Cup.”

The 6-foot-3 Joseph is a native of Saint George, Grenada who grew up in New York as a teen. He joined New England after being chosen in the second round of the 2002 MLS SuperDraft upon finishing a prolific career at St John’s University (NY).