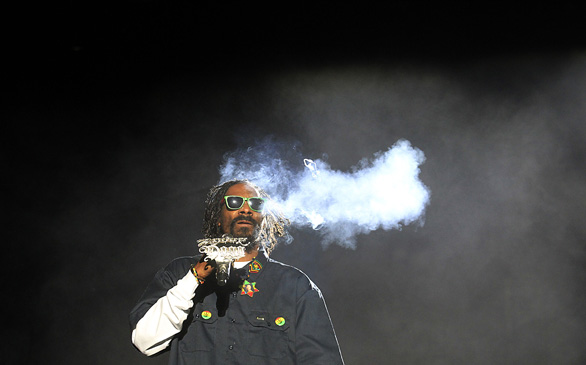 The Long Beach, Calif., rapper Snoop Dogg has several iconic traits - a laid-back and menacing flow, evocatively violent lyrics and a deep affection for cannabis sativa among them. He'll get to keep at least one of those interests in his new incarnation as Snoop Lion, an alias gleaned from a new interest in Rastafarianism and a hard pivot to traditional reggae music.

The identity change, which he first announced last week, is surprising but not unprecedented in contemporary hip-hop (Nas recorded a collaborative album of reggae-infused tunes with Damian Marley). But it is a major re-imagining of the music and image of the man born Calvin Broadus.

A forthcoming album of straightforward reggae, Reincarnated, is due soon on Vice Records, and features production by noted Jamaica-philes Major Lazer. A documentary film of the same title, about the trip to Jamaica that spurred Snoop's new spirituality, will debut at the Toronto Film Festival in September.

Snoop has been wearing Ethiopian-themed clothes at recent concerts, including his headlining Coachella appearance, and the documentary suggests it's the start of a real and profound new path for Snoop. In the trailer, he implies that the identity of Snoop Dogg is truly over.

In a statement, he described the change as a spiritual awakening. "I wanted to bury Snoop Dogg and become Snoop Lion, but I didn't know that until I went to the temple and received the name Snoop Lion from the Nyabingi priest," said Snoop. "From that moment on, I started to understand why I was there and was able to create something magical in this (Reincarnated) project ... something I haven't done before in my career."