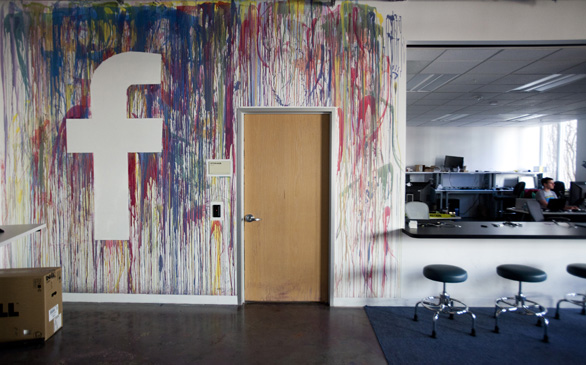 Think the plunge in Facebook's stock after its sluggish earnings report was bad? Wait until a torrent of new shares hits the market in a few weeks.

Facebook will free up nearly 1.7 billion shares - four times the number now trading - starting next month as provisions that had barred employees from selling their holdings begin to expire.

That could cause the latest migraine for dispirited Facebook investors, who watched in anguish as the stock was bludgeoned after Thursday's second-quarter earnings report.

The stock, which skidded 6.2 percent on Tuesday and is down 43 percent since Facebook's initial public offering in May, hardly needs an overhang of new supply, experts say.

"It's like a train coming around the corner toward shareholders, so they better get out of the way," said Francis Gaskins, president of research firm IPOdesktop.com.

Though most of those shares will not be sold, the new supply still will dwarf the 421.2 million the company sold in the IPO.

Companies typically prohibit most employees and big investors from unloading shares in an IPO. That limits initial selling pressure and avoids the perception that insiders are rushing for the exits.

The expiration of "lock-up" agreements typically unleashes selling pressure as insiders cash in some of their holdings.

"Certainly many shareholders will sell to diversify," said Jay Ritter, an IPO expert at the University of Florida. "If I was an employee of the company and I had a lot of my paper wealth in Facebook stock and I was renting an apartment even though I was a millionaire on paper, I would sell some of my stock."

The lock-up provision is just the latest issue to blemish Facebook's IPO, which was one of the most eagerly awaited in history but fast turned into one of the more prominent duds.

The shares sank almost from the moment they began trading, as doubts mounted about the company's prospects. Though Facebook is profitable and growing, the stock had little margin for error, given the lofty expectations and rich stock valuation.

Facebook last week said revenue rose 32 percent in the second quarter, but investors were unnerved by rising marketing costs and ongoing worries about its unproven strategy in mobile applications.

The lock-up-related selling pressure could be more pronounced with Facebook than other companies, experts say. The disorienting stock plunge could prompt employees to unload more shares than they would have if the stock were rising.

Stocks decline an average of 2 percent to 3 percent in the week that lock-ups expire, according to Ritter's research. But some other social media companies whose shares had plummeted were thumped even further when their lock-ups came off.

Likewise, shares of online gaming company Zynga Inc. fell 7.9 percent when its lock-up expired on May 29, Hamadeh said. It fell 9.1 percent for the week.

Even if the expiration of the lock-up doesn't kneecap Facebook's stock, it still could depress the share price in the next few months as investors hesitate to buy in until afterward.

"Buying Facebook now is like trying to catch a falling knife," said Josef Schuster, founder of IPO research firm IPOX Schuster in Chicago. "You don't want to have a piece of it."

The shares also are being hurt, some analysts say, by investors' lingering hard feelings about how Facebook handled the IPO.

Companies traditionally underprice IPOs by 10 percent to 20 percent to entice investors and reward them for taking a chance on an unproven stock.

But critics say Facebook did the opposite, valuing the shares as richly as it could.

That squeezed out as much money as possible for the company and its executives but stranded shareholders with an overpriced stock that was destined to fall.

After initially saying it would price the IPO at $27 to $35, it raised the range to $34 to $38 and eventually sold the shares at $38. That valued the company at a whopping $104 billion, though the steep decline now values the company at about half that.

That has left some investors unwilling to buy before the lock-ups expire because they fear that the venture capital and other insiders will dump shares without regard for the effect on other investors.

"I think Facebook is going to be a mess until the lock-ups are done," said Michael Pachter, an analyst at Wedbush Securities. "Nobody trusts their shareholders, the insiders, the VCs and the way they behaved in the IPO - greedily."

(Jessica Guynn of the Los Angeles Times contributed to this report.)