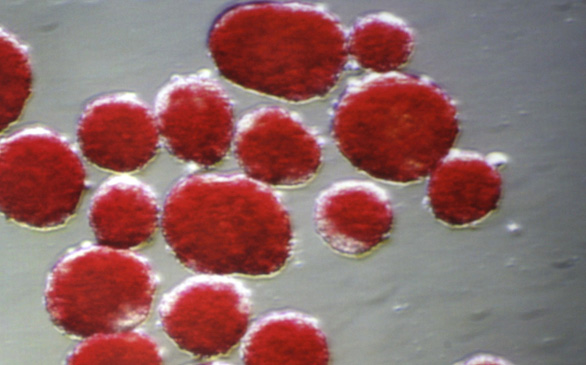 When cancers are treated, tumors may shrink but then come roaring back. Now studies on three different types of tumors suggest a key reason why: The cancers are fueled by stem cells that chemotherapy drugs don't kill.

The findings - made by independent research teams that used mice to study tumors of the brain, intestines and skin - could change the approach to fighting cancers in humans, experts said.

Properties of these so-called cancer stem cells can be investigated so researchers can devise strategies for killing them off, said Luis F. Parada, a molecular geneticist at the University of Texas Southwestern Medical Center in Dallas and senior author of one of the studies published Wednesday.

"Everything has a soft underbelly once you understand it well," Parada said. "With all the modern molecular techniques and modern approaches we have, we should be able to find their soft underbelly."

Cancer researchers have long suspected - and some pioneering studies have strongly suggested - that specific cells within tumors are responsible for their continued growth. But the earlier experiments hadn't convinced everyone, and the hypothesis has been controversial.

The three papers published by the journals Nature and Science "really should seal the deal," said cancer biologist Owen Witte, director of the Broad Stem Cell Research Center at the University of California, Los Angeles.

"People can stop arguing," he said. "Now they can say, 'OK, the cells are here. We now need to know how to treat them.'"

All three studies used molecular tricks that allowed scientists to mark certain tumor cells with bright colors. When these marked cells divided, all of the daughter cells were similarly colored. This permitted the researchers to see whether any old cell in a tumor can continue to fuel its growth or if only a subset of cells is responsible.

The three groups used different experimental approaches and different kinds of cancer, but all of them found the latter to be true.

Parada's group, whose work was published in Nature, studied an aggressive cancer called glioblastoma that arises when brain cells called glia turn rogue. The scientists started with a hunch - if a cancer stem cell existed, it would have biological similarities to the stem cells that normally exist in the brain.

To test whether this was true, the team created glioblastoma-prone mice whose brain stem cells glowed green. When those cells divided, their daughter cells contained some of the green dye too. After enough generations, the dye was diluted away.

Sure enough, the mice developed brain tumors. When the researchers examined those tumors, they found a small number of green-glowing cells that weren't actively dividing, unlike the rest of the tumor.

It looked as though the scientists had detected cancer stem cells.

Next, the scientists treated the mice with a chemotherapy drug that kills rapidly dividing tumor cells. When the tumors grew back, as glioblastomas generally do, the scientists used other chemical tricks to see that the new cells were all descendants of the green-glowing cells that weren't killed by the drug.

The next step was to see what would happen if the cancer stem cells were wiped out, a test that was possible because of the way the mice were genetically constructed. Without the stem cells, the tumors never grew as large and the animals lived longer.

The scientists concluded that they had destroyed the wellspring of cells that renew the tumor when other cancer cells within the mass stop dividing.

In the two other papers, cancer cells with stem-cell-like properties were found in mouse intestinal adenomas, which give rise to intestinal cancers, by Dr. Hans Clevers at the Hubrecht Institute in the Netherlands; and in squamous cell skin tumors by Dr. Cedric Blanpain at the Free University of Brussels. Those papers were published in Science and Nature, respectively.

There are still many unknowns, said MIT cancer researcher Robert Weinberg, who wasn't involved in the studies. Among them: Do these cells come from a tissue's normal stem cells or somewhere else? What makes them turn rogue? Do most - or even all - cancers work this way?

Even so, the implications are obvious, he and others said: Doctors can't just go after the rapidly dividing cells if they want to effectively fight a cancer.

"Unless we treat the cell of origin, we won't cure the patient," said Dr. Jenny Chang, director of the Cancer Center at Methodist Hospital in Houston.

Today, cancer medications generally kill only rapidly dividing cells, and scientists don't yet know enough about cancer stem cells to target them. Biotech companies and academics are working on the problem.