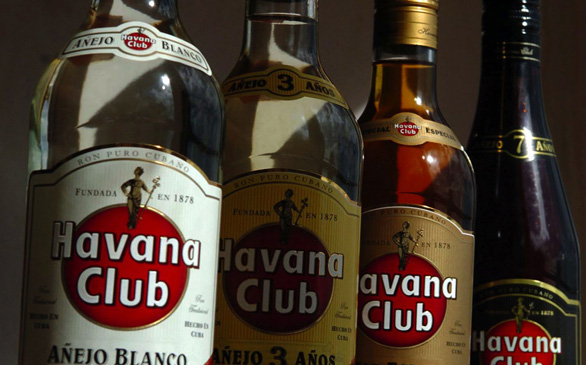 It seemed like it was last call on Bacardi's nearly two-decade fight with French spirits maker Pernod Ricard and Cuba over the use of the Havana Club rum trademark in the American market a few months ago, when the U.S. Supreme Court declined to intervene in the trademark clash.

While the litigation is over, Cubaexport, Pernod Ricard's Cuban partner in the distribution of the island's most iconic rum, is still trying to hold on to the right to the Havana Club name in the U.S. market.

Bacardi has won a string of U.S. court victories against Cubaexport, the latest being the Supreme Court's May 14 decision against reviewing the case, setting the stage for the U.S. Patent and Trademark Office to cancel Cuba's right to the U.S. trademark.

But Cubaexport's attorneys have filed a petition with the trademark office, saying the trademark registration can't be revoked and remains "frozen while the embargo of Cuba is in place."

Cubaexport "can go back and take one more bite of the apple," says Patrick Ross, a spokesman for the U.S. Patent and Trademark Office. But when the trademark office makes its determination, "this is their last shot as far we're concerned," he said.

The case began in 1994 when Bacardi applied for a U.S. trademark for Havana Club rum after it purchased rights to the brand from the Arechabalas, a family who made rum in Cuba and sold Havana Club in the United States as far back as the 1930s.

The only problem: After the Arechabala family went into exile, their registration lapsed in 1973. Cubaexport jumped on it, successfully registering the Havana Club mark in 1976, and suing when Bacardi tried to register it nearly two decades later.

Bacardi and Havana Club were both top rum brands in Cuba at the time of the 1959 revolution, and the Castro government expropriated the holdings of both the Bacardi and Arechabala families.

Who owns the trademark in the United States might seem like something of a moot point since the U.S. embargo precludes the sale of Cuban-made rum here.

But this rum war is all about the future and rum dominance when there is no longer an embargo.

To that end, Pernod held a conference call on the day of the Supreme Court decision to announce that a new trademark, Havanista, had already been registered. Havanista, Pernod said, is a premium Cuban rum that would be launched exclusively for the U.S. market after the embargo is lifted.

While the name may be new, the labels on the prototype Havanista bottles, with their red circle rimmed in gold and the little figure of Giraldilla, symbol of Havana, mimic Havana Club labels. Cuban-made Havana Club, that is.

The distinction is important because Bacardi has been selling a rum made in Puerto Rico from the Arechabala family recipe under the Havana Club name in Florida since 2006 and plans to expand sales nationwide soon, said Patricia M. Neal, a spokeswoman for Bacardi U.S.A.

In the United States, Neal points out, common law "ownership rights are secured through use" and are separate from a trademark registration. "Bacardi owns the U.S. rights to the brand based on use and as a successor to the original owners," she said.

Cubaexport's attorneys don't see it that way. "Bacardi shouldn't be allowed to try to expropriate that mark by selling tiny quantities of Puerto Rican rum under a deceptive name," said David H. Bernstein, a partner at the New York law firm Debevoise & Plimpton.

Paris-based Pernod, which formed a joint venture with a Cuban rum company in 1993 to market Havana Club, now distributes the brand in more than 120 countries and has survived international challenges from Bacardi over use of the name. This year it expects to sell 4 million 9-liter cases of Havana Club. The brand also is sold in Cuba.

Neal said she expects the patent office will formally cancel Cubaexport's trademark "in due course," allowing Bacardi's own application for the Havana Club mark to go forward.

But Bernstein said in a June letter to the patent office that Cubaexport's registration couldn't be canceled or declared expired because it would be a transfer of property in which a Cuban national has an interest -and that would be a violation of the embargo.

"The Havana Club trademark is an asset just like any other," Bernstein said in an interview.