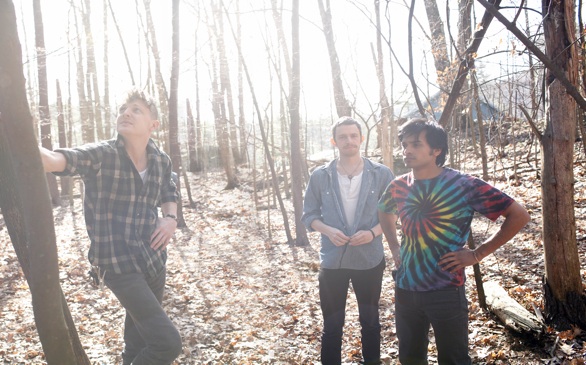 Taken individually the album has some solid tracks, but it lacks an overall cohesiveness.
(Credit: Jason Frank Rothenberg)

The Brooklyn-based outfit takes you way out there with their new album Fragrant World, releasing under the Secretly Canadian label. This band is known for shifting and reshaping their sound constantly, and this album is no exception.

Like some of their previous work, their third full-length album is dense and layered with dub, trance, techno, pop and rock. The album funnels you though a labyrinth of sound that leaves you disoriented at times and enthralled at others.

On the first track, “Fingers Never Bleed,” singer Chris Keating croons with his frantic signature tone, and horns and strings are lined with haunting keyboards. Meanwhile, “Henrietta” is ribboned with R&B layers that heighten your senses and do just enough to keep you interested.

If you were to go solely by the singles, you would say the new album is pretty good. On the other hand, the album in its entirety sounds like many broken pieces held together by a very thin layer of glue. There’s no solid cohesiveness between the tracks, and although that may be part of the band’s charm, you have to wonder how far they can go before they go too far.

The first time I heard “Ambling Alp” from their sophomore album Odd Blood, it blew my mind! Unfortunately none of the tracks on Fragrant World did that this time around. It could be that they are too whimsical and I need more time to digest the tunes, or maybe I’m just biased and favor their dance tunes more than their liquidy lounge songs.

One thing is for sure: Yeasayer loves to experiment. Whether this album is well received by the fans has no bearing on the fact that they are going to make bank –as far as licensing is concerned, they can easily be the sound for the next Kia or Hyundai commercial.