The Black Swans: Occasion for Song 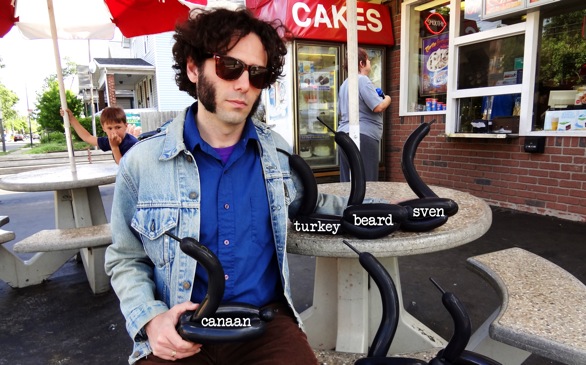 The Black Swans recently had a death in the family; violinist and founding member Noel Sayre died in a swimming pool accident, and the events of that sad day are recounted in “Portsmouth, Ohio.” A bluesy harmonica intro sets the song’s somber tone, and singer Jerry DeCicca somehow makes a poetic telling out of how Sayre’s fatal injury came after a leap off a diving board, how he hung on for a while on the way to the emergency room, and, most poignantly, how a few days later Sayre’s friends had to endure the joyous mania of the 4th of July that surrounded them while they were mourning.

DeCicca has an understated vocal delivery perfect for sad and slow songs, and while tunes like “Somewhere Else” and “Where Are You Tonight?” may not be specifically about Sayre, they are no doubt informed by the tragedy.

Musically, the Black Swans could probably best be described as an Americana act, but by no means in a country hoedown sort of way; this is artistry that rivals the sublime work of the late and much-revered Townes Van Zandt.

Occasion for Song is available now.