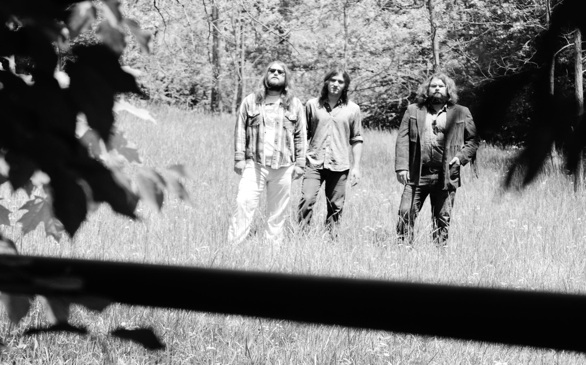 This Ohio-based trio has gotten quite a bit of exposure from their affiliation with the Black Keys; that band’s Dan Auerbach is a big fan, and he produced the first two Buffalo Killers albums. But these guys don’t ride anyone’s coattails --and they don’t need to.

Lots of the songs here have a southern feel to them; “Rolling Wheel” is powered by ringing acoustic guitar and a few slide guitar riffs, while “Blood on Your Hands,” with its literate yet simply-put lyrics and understated hook, conjures a Kings of Leon/Drive-By Truckers mash-up. “I am Always Here” sounds like classic southern rock act the Outlaws, and (as you might expect from its title) “Graffiti Eggplant” is ’60s-style psychedelic pop.

The variations in style and influence come very subtly though, and are made cohesive by the vocal work of Zachary and Andrew Gabbard, the burly bearded brothers who are this unit’s creative forces. Buffalo Killers are hardly a new act, but they might as well be since they have not yet gotten the acclaim that their music deserves. Maybe good things are coming soon though --maybe the album title, Dig. Sow. Love. Grow., will turn out to be quite prescient.