The L.A. County Fair is Back for its 90th Year 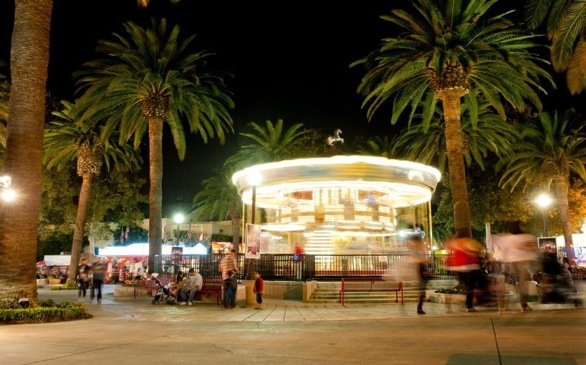 This is the 90th year the Los Angeles County Fair has been held, which thankfully means that few people out there have the misfortune of being able to remember a time when it wasn’t around. The L.A. fair is the largest county fair, and the fourth largest fair overall in the United States, continually attracting over one million people every year (except one) to the Fairplex in Pomona, California since 1948. Needless to say, it’s always an exciting time when the fair is in town.

This year, it kicks off on August 31, and will be around until September 30, open Wednesday through Sunday (and Labor Day, September 3).

Admission goes as low as $1 during opening weekend, so check to see what time you should go to get the best deal!

In fact, there are a lot of great deals available. Certain days feature colleges, and current students of that school can get in for free; alumni get a half-price admission. (Trojans should mark their calendars for September 8, and Bruins for September 29).

On Give Back Thursdays, you can gain free admission by bringing along a donation of the item of the day, which can be a gently used book, new shoes or socks, or new school supplies. If you particularly like carnival rides, you could get the best out of the deal for All-You-Can-Ride Wednesdays, which gives you an unlimited carnival ride wristband that includes fair admission for only $25.

And what do you get for admission? Besides the usual rides, street performers, a circus and game booths to win prizes, the L.A. fair offers many different attractions for the whole family.

Plus, it’s L.A. so it wouldn’t be right if you couldn’t catch a famous act! Every year, the End of Summer Concert Series never disappoints, and it doesn’t plan to this year either, with the line-up including the Wanted, Carly Rae Jepsen, Cobra Starship, Styx, Cher Lloyd and Boyz II Men. Tickets to the concerts are separate from fair admission, but can go as cheap as $18.50, so snag your seats now if you want to see your favorite musicians live! You may even get to watch “the next big thing” as a new Battle of the Bands winner is crowned.

Though all of that is surely exciting, since the fair started out aiming to becoming the link of California’s agriculture industry and the public, it’d be wrong if there were no agriculture element! While the fair started out with livestock competitions, those have been discontinued in favor of petting zoos. You can even milk a cow or a goat! If you’d like to see more animals in action, from September 7 to 23 there will be horseracing and horse shows. Pigs will be racing as well! If all that’s not enough, Pets Ahoy brings pirates and their pets to the mainland. The Stingray Island will include sharks, eels, an octopus and of course, stingrays. There will also be a small jungle where you can visit monkeys, reptiles and exotic birds.

This year’s theme of the Flower and Garden pavilion is London 2012, where beautiful native English flowers and greens can be seen along with replicas of major London tourist attractions like Big Ben and the Tower Bridge. Speaking of London, the fair’s equivalent of an Olympic gold medal is a blue ribbon, and this year will offer many up for grabs. Competitors will vie to offer the best cakes, cookies, chocolate, yogurt, pizza, chili and salads, among other delectable eats! The beer-brewing competition alone has 83 categories, which include “Coffee-Flavored Beer” and “Gluten-Free Beer.”

Speaking of food, surveys say that people go to fairs mainly to shop for unique items from vendors and to enjoy all the food! You can get the typical fair fare like corn on the cob, funnel cakes and hot dogs, but you can also try some deep-fried Kool-aid. Go on the weekends if you want to try something from a famous food truck!

No matter who you are, there’s probably something the fair has to offer you. Even if you’re low on money, there’s still no reason not to go! You can simply revel in all the excitement and energy that only comes around once a year, but will leave good memories until the next time it rolls around again.