Sparks and Houston Shine in Sparkle 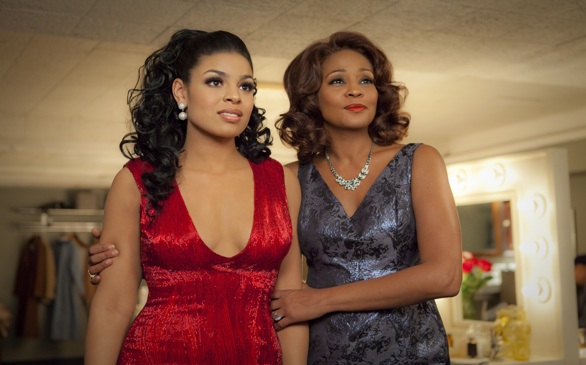 Set in the Motown era of Detroit in the 1960s, Sparkle tells the tale of three sisters and the struggles they face on their way to stardom. It is a remake of the original movie with the same title, Sparkle, released by Warner Brothers in 1976.

Williams sisters Delores (Tika Sumpter), Sparkle (Jordin Sparks) and Sister (Carmen Ejogo) must endure the obstacles that are slowly ripping their family apart while chasing their dreams to become Motown superstars. Producer Debra Martin Chase revealed that the film, which took two months to shoot, was actually a 12-year journey for her and music legend and supporting actress in the film, Whitney Houston.

The idea to re-make Sparkle was actually Houston’s idea over 12 years ago, with the lead character of Sparkle originally to be played by R&B singer Aaliyah. But when Aaliyah passed away suddenly from a plane crash in 2001, all operations ceased. Chase said that after the tragedy, no one wanted to continue or even talk about the film. Eventually, plans for Sparkle were up and running again, with a few changes of course. Houston was the first person cast for the film, and while she originally wanted to play the role of Sister, she ended up starring as Emma Williams, mother to the sisters.

For Chase, the re-production of such a cult classic like Sparkle made a lot of sense to her: “It has a universal story and is timeless. And as much as we love the original movie, I knew it could be improved upon.”

The accomplished producer saw a huge opportunity to capitalize on what people loved about the original, and to add something in that would appeal to new audiences. Excited with the outcome of the movie, Chase attributes it to the “delicious dialogue” that screenwriter Mara Brock Akil wrote, and of course, the hard-working cast. One of the most exceptional of the cast is “American Idol”-winner Jordin Sparks, who was only known as a singer until this movie came along.

Sparks said she knew she wanted the part as soon as she finished reading the script and felt an emotional connection. The fact that she was nicknamed Sparkle growing up made it even more perfect. Despite her lack of acting experience, the precocious 22-year-old got the role and showed that she was up for the challenge.

“I was so excited and also in disbelief,” Sparks said about getting the lead role. “It’s a lot of pressure; I can’t walk in there and do terrible. If I’m bad then the whole movie tanks!”

Director Salim Akil said it was the look of innocence in Sparks’s eyes that intrigued him to cast her as Sparkle.

“She was a mystery … I thought that was good for the role. And we always knew she could sing. Now, you know she is an amazing actor,” he says.

Sparks truly enjoyed shooting Sparkle and said she has always wanted to act, but had always put music as her top priority. The soulful singer started doing Broadway in the fall, and that's what really sparked (no pun intended) her interest in acting. Stating that she’s now bitten by the acting bug, Sparks is already shooting a new movie, Inevitable Defeat of Mister and Pete, co-starring Alicia Keys and Jennifer Hudson.

“I have always been a drama queen,” she says of her newfound career and passion for acting. “And 20 years from now when I talk about my first movie, I get to say it was Sparkle.”

Not only has Sparkle kick-started her acting career, but the chart-topping vocalist says it has also helped in creating her latest album, which will be different from her previous releases.

“Sparkle gave me the opportunity to do a different genre of music,” she explains.

Sparks's new album will include sounds reminiscent of early Mariah Carey and early Houston, whom she got to collaborate with for Sparkle.

Sparks professed that working with Houston was everything she dreamed of and more. Calling Houston one of her idols, Sparks described how she had to keep her cool when doing scenes with Houston. And while Sparks states she’s still in denial that Houston’s gone, she said she’s glad that this was her final performance.

“She lights up the screen, and I’m excited that this is going to be the last thing people will see of her, and not what’s on the tabloids and all that.”

Houston’s other on-screen daughters, actresses Carmen Ejogo and Tika Sumpter, also described Houston as one of their idols. Sumpter got emotional when talking about Houston, stopping to wipe tears forming in her eyes.

“This woman is an icon, someone I looked up to my whole life. I love that nurturing feeling she gives; [she] makes me feel like I’m a part of something. I really felt like we were her daughters,” Sumpter said about her personal relationship with Houston.

Ejogo was startled by her humility, and how even though the movie was Houston’s comeback and officially her moment, she made sure that it was everyone else’s moment as well. Ejogo also shared how Houston’s sister-in-law said that making Sparkle was one of the best experiences in Houston’s life.

“I feel so proud to have been a part of that, to be a part of her last professional experience.”

Mike Epps, who plays troubled and abusive Satin in the film, recalled his fondest memory of Houston on set. He said that every morning she would blast Michael Jackson in her trailer with the door shut.

“She had the trailer rocking … if you open the door, Michael would have been there dancing … and now they’re probably dancing together,” he reflects.

Sparkle showcases Houston’s final performance, and fans will not be disappointed with the glamour, glitz and drama of this 2012 re-make. With catchy tunes like “Celebrate” by Houston and Sparks and new music by Cee Lo Green, this modern twist on a musical classic will have audiences up on their feet.