Havana Brown Does What She Loves: Music 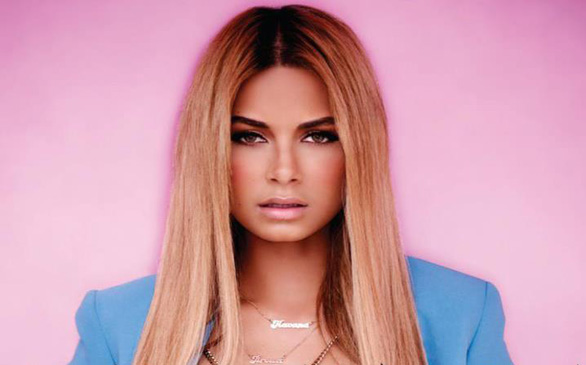 Havana Brown is an acclaimed DJ, but sings and dances as well.
(Credit: Facebook/DJ Havana Brown)

Havana Brown didn't have to think twice; she knew what she wanted to do right from the beginning: make music. And she has been doing just that.

“This is what worked for me. My whole mentality was in this,” she says.

Brown, a globally acclaimed DJ, loves her profession of producing music – something that she has grown into a career over the past six years she has been in the business. The Australian-born beauty sings and dances as well. She does so prolifically, and her enthusiasm on stage is impeccable.

Born Angelique Meunier, Brown explains why she chose to go by a stage name: “It was something about calling yourself something else and you could become whoever you want to be.”

Growing up in Melbourne – a place she calls one of the best cities in the world - Brown recalls listening to her older brother's CDs.

“I was very inspired by my brother’s collection of music,” the 27-year-old gem says, adding that her sibling expanded her musical awareness. “My brother would play all this cool music that wasn’t being played on the radio in Australia. I loved that.”

Brown has now released numerous albums herself. They are part of her popular Crave compilation series, which have all placed at the top of the charts, leading her to a flourishing national and international club tour.

Inarguably an energetic personality, Brown supported various tours in the late '00s and early '10s. This included stops with Chris Brown, Rihanna, Britney Spears and Enrique Iglesias, among others.

“Every single one of them were rewarding,” Brown says about her past tours. “…Something that was very memorable for me was during the first Britney Spears concert that I did.”

Spears’s management specifically selected Brown to be a part of her tour. Although it was a colossal tour and she felt incredibly nervous at the time, Brown reached success in the European-based shows.

“She’s the biggest pop star in the world,” Brown adds. “[During the first concert], I lost the feeling of fear…when I actually got up to the stage I felt so invigorated because it was so quiet in the audience, and I got up on stage and played music and started DJ-ing. It just went nuts. Coming off that stage was a good feeling because I felt like I conquered that fear.”

Currently, she is on tour with Cuban rapper, singer and songwriter Pitbull as an exclusive opening act in the Pitbull: Planet Pit World Tour 2012.

“Pitbull is smart, intelligent, a businessman, knows his music, is extremely talented, and works extremely hard,” Brown vibrantly says of her tourmate. “He is just a good person in general…he really makes you feel comfortable around him. He is a really nice guy, and I have a lot of respect for him. I am so honored to be on tour with him.”

Brown performs tracks from her Crave Vol. 5 and 6 productions, which have reached gold sales, as well as her most recent E.P., When The Lights Go Out (now available), which has created a buzz in the U.S. The single “We Run The Night” reached Billboard’s Dance/Club Play Songs music charts earlier this year in February, and the version that features Pitbull is simply a smash, containing an upbeat tempo and an infectious dance-like sound.

“The inspiration [for "We Run The Night"] came in the fact that I wanted to incorporate the club world and the pop world,” Brown humbly explains. “I was very adamant that I wanted that to be my first single because I wanted it to be commercial pop, but then it has this element of clubbing that really takes it back to who I am…it was perfect.”

Brown’s dance-pop and R&B fusions carry a contagiously dazzling tone with each tune, which at times highlight remixes of songs from other artists --oftentimes sounding better than the original.

After finishing her current tour with an August 12 stop in San Francisco, Brown is slated to return to her homeland en route to embarking on a tour throughout Australia.

An exciting artist rising to the highest levels of the industry, the charismatic Brown shows no signs of stopping. With her talent, there is no way that would even happen --people need to do what they love and enjoy.