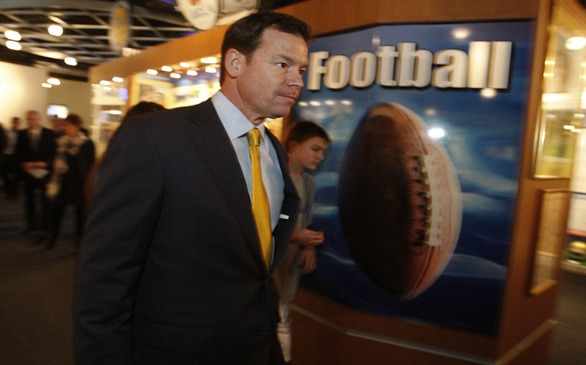 UCLA football head coach Jim Mora has made a controversial statement. In a recent radio interview with Roger Lodge on KLAA 830-AM regarding recruiting, Mora said something that appears to be a shot at USC.

"When you're talking about UCLA, it's one of the great schools in the world -- not just America, but in the world," Mora said. "It's a safe, beautiful campus in a great area of town. I mean, we don't have murders one block off our campus."

Last April, two USC students were killed near the campus.

The assumption that Mora directed his comments to USC could be perceived as is, but that depends on everyone's mentality on the matter. One thing is certain, however, Mora should not involve talks of past deaths in recruiting pitches nor interviews.