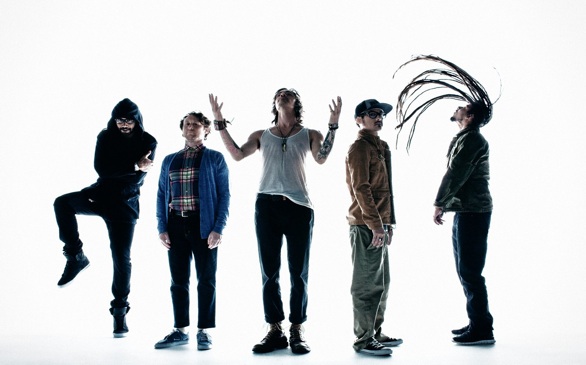 This two-CD + DVD package is a must-have for any Incubus fan.
(Credit: facebook.com/Incubus)

This band has always had to battle the haters, so much so that in certain circles they are known as Stinkubus. But true Incubus fans can tell the critics to buzz off as they enjoy the well-performed sets found on this two-CD + DVD package; after all, it was made just for them.

In order to showcase their at the time new album, If Not Now, When?, for their biggest fans, Incubus put on a series of intimate shows in a pop-up venue in Los Angeles during the summer of 2011, and that’s where the material for HQ Live comes from. Because these tracks were recorded over the course of six nights, the 28 songs presented are not from just one concert, and the energy level suffers a bit because of that –there is no building up to a climax or grand finale. Still, after 20 years together, these guys are highly polished pros, and there’s nary a fluffed note as the band performs songs from their entire career, including a couple of one-off numbers like non-album track “Pantomime” and a version of “Are You In?” that segues into the Doors’ “Riders on the Storm.”

For the most part though, these live versions faithfully reproduce the studio versions, and big hits “Wish You Were Here,” “Drive” and “Megalomaniac” sound perfect. The bonus DVD, holding two hours of show and backstage footage, includes songs not on the CDs, such as “Isadore,” “Blood on the Ground” and “Consequence;” this portion of HQ Live: Special Edition will surely be cherished by fans, especially if they were there.

This release is unlikely to change the opinion of the naysayers, but lots of the people who made Incubus a platinum-selling act will absolutely adore it.