L.A. Band Updates, We Got Power!, Your Chance to Play at Aftershock Festival and More 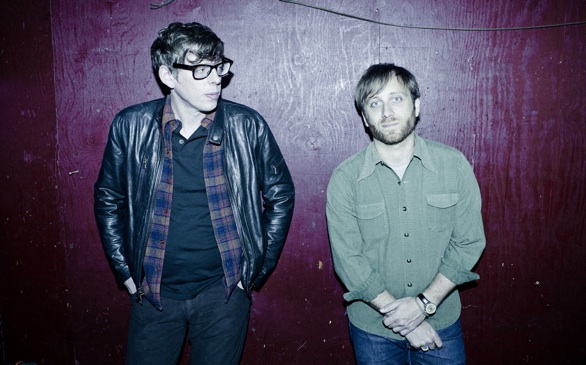 LOS ANGELES BANDS ON THE MOVE
Jason Cruz from Strung Out has released an E.P. with his side band, Jason Cruz and Howl. The record is called LoungeCore, and Cruz advises that it sounds nothing like his work with Strung Out. Venice-based trio the Shrine describes their music as “psychedelic violence rock ’n’ roll,” and you can hear for yourself now that their sophomore L.P. Primitive Blast has hit the street. The guys are leaving town this fall to tour Europe with Fu Manchu. Metal band Gypsyhawk has a new one called Revelry & Resilience scheduled to drop August 28 on the Metal Blade label. The band features former members of White Wizzard, Suns Beneath and Skeletonwitch. The Peach Kings play upbeat rock and down-tempo electro, and if you haven’t seen them live yet you have a few chances coming up; the band has shows at Harvard & Stone on August 21 and 28, along with a gig at the Bootleg Theater on August 27. Careful has Because I am Always Talking scheduled to drop on August 21. Careful, aka multi-instrumentalist Eric Lindley, says that most of the effort was recorded in a closet at his childhood home in Orange County.

TRACK 16 RECEPTION FOR WE GOT POWER!
You may have heard that the Track 16 Gallery in Santa Monica is going to be razed to make way for light rail. They’re going out making some noise though, literally, with a punk concert on September 8 featuring the Adolescents, Saccharine Trust, the Last, White Flag and Dead Issue. The show is in conjunction with opening night of the gallery’s final exhibition, a display of photos from the new book We Got Power!: Hardcore Punk Scenes from 1980s Southern California. The book, due this fall from Bazillion Points, is a joint effort from photographers David Markey and Jordan Schwartz that presents hundreds of photos featuring acts like Black Flag, the Minutemen, Social Distortion, Suicidal Tendencies, the Gun Club, D.R.I. and many others, along with reprints of every issue of early-’80s fanzine We Got Power! The concert is an all ages event, and the photo exhibition runs through October 6. wegotpowerbook.com

BANDS, WANT TO ROCK THE AFTERSHOCK FESTIVAL?
The Aftershock Festival happens in Sacramento on September 23 and features Stone Temple Pilots, Bush, Deftones, Chevelle, Theory of a Deadman, Hollywood Undead, Oleander, Escape the Fate –and maybe you. Festival promoters are looking for a hot new band to play a 25-minute opening set, and all you have to do to enter is upload a video of your band’s best performance here. Entry deadline is August 22.

HOW TO GET GLOBAL FESTIVAL TICKETS
The Global Poverty Project is presenting Global Festival 2012 in New York City this fall, and the benefit event to help end extreme poverty will culminate with a concert on the Great Lawn at Central Park on September 29. The concert – featuring headliners Neil Young with Crazy Horse, Foo Fighters and the Black Keys – is free, but you’ll need a ticket to get in. To get into the ticket lottery for a pair of tickets, you’ll need to first register at globalfestival.com, where you’ll find a list of charitable organizations that need your help. Take action in support of these organizations, and you’ll earn points as you go; when you get to three points you’ll automatically be in the ticket lottery. If you win tickets, you’ll need to get to New York on your own dime. Also scheduled to appear are Band of Horses and K’Naan.