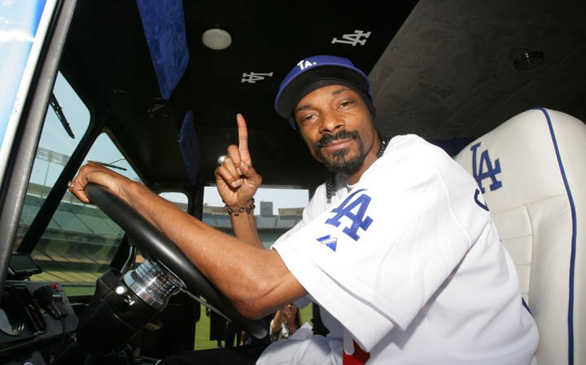 L.A.-based rapper Snoop Dogg is one of the many performers at H2O Music Festival Aug. 25.
(Credit: Facebook/Snoop Dogg)

The summer of 2012 continues with the H2O Music Festival, coming to Los Angeles for an all-day, live music extravaganza show featuring some of the biggest names in American and Latin music.

“It’s going to be an awesome experience, just being there in Los Angeles performing and [seeing] the reaction of the crowd,” says singer Leslie Grace, who is scheduled to perform at the festival.

“I was definitely excited, surprised and humbled by all of it,” Grace says of when she received notification she’d be a performer at H2O. “When I looked through roster, I was like, ‘Wow!’”

In its inaugural season, H2O endorses the mixture of music genres and that is being utilized as a means to cater to young bilingual Latinos in the greater L.A. area. Performing acts like Snoop Dogg, John Legend, Wisin & Yandel and Paulina Rubio resemble the event’s purpose.

“I feel blessed for going to Los Angeles for the first time, and to be on stage with such amazing artists,” Grace says. “I’m even more excited to see them perform than actually performing.”

A native of Long Beach, rapping legend Snoop Dogg figures to inject as much West coast rap as possible. This will provide an enormous frame of energy to go along with John Legend’s remarkable smooth voice and romantic catalogue.

“I can’t believe I’m going to be on the same stage [with John Legend],” Grace adds. “That is a huge honor for me.”

Popular for her Latin pop and known as La Chica Dorada (The Golden Chick), the beautiful Paulina Rubio could easily supply an up-tempo scene filled with dance, rock and electro-pop.

Arguably the best in the Latin urban style known as reggaeton, the duo Wisin & Yandel are the most exciting act in this uniquely diverse list of headliners. Interestingly enough, W&Y have revolutionized reggaeton en route to it becoming mainstream universally. They have an infectious repertoire that includes the smashing hit songs “Rakata” and “Sexy Movimiento” (Sexy Movement), which will very well satisfy the attending public.

An intriguing music selection for H2O lies with the beautiful and musically attractive Grace, a singer making music waves in prominent fashion. Her debut single, “Will U Still Love Me Tomorrow,” is a contagious bachata and R&B adaptation of the classic song by the Shirelles from 1960.

Grace, someone who loves fashion, exercising at the gym and engaging with fans via social networks, is very much excited to visit and perform in L.A. for the first time.

“I’m extra, extra excited for that. I’m super excited,” she says. “I’ve never been to Los Angeles before.”

For more information on the H2O Music Festival in Los Angeles, click here.