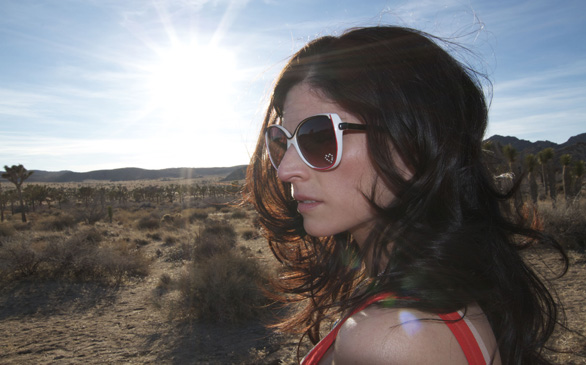 Boston-based Berklee College of Music, globally the largest independent college of contemporary music, has been an essential institution for the further development of several popular Latin musicians. Singer Fernanda Ulibarri is one of them.

“It gave me many basics, not only for music, but for life as well,” Ulibarri proudly recalls of her time at the school. “Discipline, awareness and self-awareness. It was a lot of work.”

The Mexico City-born and raised Ulibarri moved to the east coast in 1999 en route to pursuing music studies and, thus, finishing a degree. She went on to graduate with a bachelor’s in Music Synthesis and Classical Composition.

“Those were years of a lot of work and competitiveness,” she says. “I have never been in a place as competitive as Berklee was … I had the opportunity to meet and get to know people from all over the world who are excellent musicians.”

She moved to New York City after graduating, but ended up re-locating to what is now her home: Los Angeles.

“I was looking for a change,” she says of her move to L.A., explaining that she became tired of the east coast weather after 10 years, and wanted to be closer to her homeland of Mexico.

Ulibarri’s music knowledge and growth as a composer and performer have been developing since she was just a kid growing up in the city known as El DF.

“Since youth, I always liked music and singing,” Ulibarri says, adding that her big sister ignited her passion for music by playing music in their room as kids.

Ulibarri, who now resides in Echo Park, grew up singing and playing the guitar for her school’s choir. “Due to school and my sister, [music] has been [with me] since an early age.”

The eclectic musician says she would likely be working in the film or arts industry if she were not a singer, but for now, she can't imaging doing anything else.

Currently, Ulibarri has released two albums: átOma and átOma Remixes. She began writing the tracks a little over two years ago.

“I am a great fan of Gustavo [Cerati] and Soda Estereo,” Ulibarri says of the Argentine rock band and its lead singer. “When I learned he was ill, I began to play ‘Canción Animal’ and it just arose. I decided to include it as homage to keep his music alive. It is very fun to play it live because people know it.”

And she really does a solidly wonderful job at that in her version of “Canción Animal.”

Additionally, on Remixes, “Corro” features a delightfully energetic tone. On it, Doctor Record injects house fusions and converts it into an almost futuristic sounding tune.

“It is a song about the hurry to see everything I want to see in this short life I have,” she says. “On top of that, it talks about how we are all the same and equal.”

And her taste in music is undeniably diverse. Ulibarri, who enjoys reading, traveling and being outdoors, likes several genres. This could be an element she utilizes to further strengthen her own craft.

“I like everything, ranging from classic, hip hop, independent music, electronic and alternative rock,” she says. “In truth, I try to listen to as much as I can.”

Above her musical education and talent, Ulibarri is evidently poised enough to continue flourishing musically. After all, it is a part of her nature.