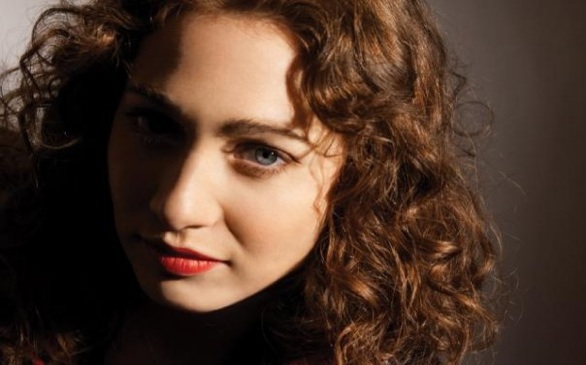 “This is a magical forest.”
(Credit: facebook.com/Regina Spektor)

Sitting at the piano with a huge smile on her face, Regina Spektor sent nothing but love to adoring fans Tuesday night at the Greek Theatre. The endearing singer gave fans a memorable show with new and old tunes tied together by a common thread - a performance that proved she possesses the rare qualities of raw talent and genuine passion.

In albums, Spektor’s voice covers many ranges, and her lyricism delights in every line, so it’s no surprise the tracks became chill-inducing during the live show. The singer immediately grabbed the audience’s attention with an a capella rendition of “Ain’t No Cover,” a track whose notes seemed to flow flawlessly from her mouth. Spektor created her own beat with her fingers on the microphone and ended the song with her trademark quirky sound play - the word “die” sounded like someone being strangled, and Spektor playfully threw her neck to one side.

Once she sat down at the piano, she presented a set that made the Greek Theatre nothing short of magical. The singer delivered tunes like “Don’t Leave Me (Ne Me Quitte Pas)” and “Dance Anthem of the ‘80s” with a genuine joy that made her entertaining to watch. Darker tracks like “Apres Moi” and “All the Rowboats” had the singer amping up the volume of the piano and contorting her face as she sang haunting lines.

No track left room for doubt concerning Spektor’s talent. But besides her vocal finesse, it was ultimately the reaction she could draw from the audience that made her live performance truly spectacular. During her rendition of “Firewood,” a newer track from What We Saw From the Cheap Seats, a good portion of the crowd suddenly stilled. The heart-wrenching track drew applause even from concert-goers who stayed quiet before the performance. Spektor took the emotional tenderness of the track to its limit, singing almost as if she were on the verge of tears. The strongest of the tracks held onto this openness - the notes not only came easily, they came with a sincerity that made it feel as if the audience were hearing Spektor’s most private thoughts and feelings.

In fact, Spektor’s connection to the audience was a big part of the show’s success. At certain points she shared entertaining tidbits that shed light on her personality, namely her regret over possibly killing a bug that landed on her piano. Enthusiastic fans yelled out at random times during the show, and at one point Spektor whispered into the microphone “I love you too.”

Ultimately, Spektor’s ability to mix her winning smile and unique personality with undeniable talent and authentic feeling made the night a memorable one. Her new material - live onstage and recorded - further proves that the artist’s fruitful career will continue to evolve. After a four-song encore of beloved favorites like “Us,” the singer concluded her phenomenal performance. As fans walked out en masse, bits and pieces of singing floated through the air as remnants of a musically magical night.