Discounts on Wine Country, Volunteer Opportunities in Samoa and More 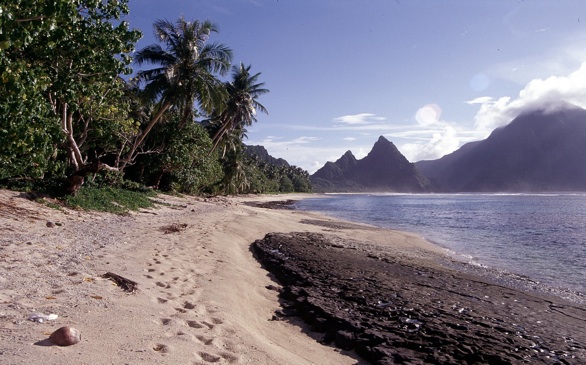 CALIFORNIA WINE MONTH
September is California Wine Month, and you don’t have to go too far to get a good taste of the grape; SoCal’s very own wine area is located just about an hour and a half away in the Temecula Valley. Lots of hotels in the area are offering special rates of $55-99 a night during wine month, and for $50 you can get a SIP Passport that has full-flight tasting vouchers that can be redeemed at 40 area wineries. Some hotels are offering the SIP Passport as a perk for staying two nights. If you happen to plan your visit for September 15, you might want to look into purchasing tickets for the Crush Wine & Culinary Showcase because it always sells out. For Wine Month details and more ideas on how to have fun in Temecula, go to visittemecula.org.

THE HIGHEST PASS
A new documentary film from Cinema Libre Studio will thrill motorcycle riders, travelers to exotic places and even those seeking confidence in themselves. The Highest Pass chronicles the journey of a small group of men and women who accept the challenge of young Indian guru Anand Mehrotra to ride motorcycles some 1200 miles on very dangerous (and often snow and ice-caked) roads deep into the Himalayas. Narrated primarily by Mehrotra and participant Adam Schomer, the film has an eerie edge to it right up to the ending; Schomer, who had never rode a motorcycle prior to the adventure, embarks on the journey despite the fact that he’s had a premonition that he might die along the way. For the viewer, the film presents drama as the riders tackle daily difficulties including an accident, jaw-dropping Himalayan scenery and guidance from Mehrotra about overcoming self-doubts and self-imposed limitations. For information on showings, visit thehighestpass.com.

VOLUNTEERS NEEDED IN SAMOA
For those who vacation there, the Pacific Island nation of Samoa is a paradise. But the country is also on the U.N.’s list of least-developed nations, and there is a great need amongst some of the islanders, especially in the main city, Apia. Now Projects Abroad, a global leader in short-term volunteer programs, has added Samoa to the already lengthy list of countries in which they operate. Students interested in volunteer work in Samoa would primarily be assisting with education and childcare in schools and care centers. For details on the Projects Abroad program in Samoa, visit projects-abroad.org/destinations/samoa.

PLANES, TRAINS AND AUTO-RICKSHAWS
Subtitled "A Journey through Modern India," Planes Trains, and Auto-Rickshaws is probably the funniest travel-related book you’ll ever read. The new title from Fulcrum Books is penned by Laura Pedersen, a best-selling author who usually works in fiction. But here she finds humor every step of the way on her trip to India, beginning with a hilarious chapter about getting to her departure gateway, JFK airport in New York. The book is not exactly a guide book, but you can lift good information from it; for example, you might want to see the rock caves, friezes, temples and bas-relief sculptures when you’re in Mamallapuram, or why you should get up at sunrise in Agra (to see the pigeon fliers). But more likely you’ll take away tidbits like the fact that the Dalai Lama wears Doc Martins and that the smoking of marijuana is very popular during Indian holy holidays. All in all, the book is an excellent primer on “the Indian way” for potential visitors. fulcrumbooks.com

THE COLLEGE TOURIST
There’s a new social networking site, thecollegetourist.com, that allows students an opportunity to post and read “postcards” containing brief bits of information about college campuses throughout the nation. The postcards contain what some would consider vital information for new and prospective students: important stuff like the coolest campus-adjacent places to eat, shop and hang out, and the hottest weekend spots. The site is also accessible through Facebook.