Goats and Other Life Lessons 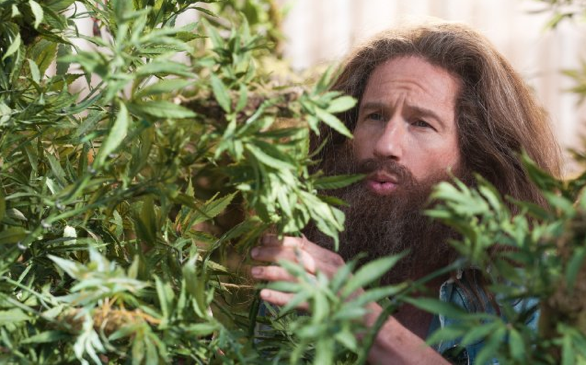 First-time director Christopher Neil comes out the gate with a film adaptation of Mark Poirier’s book Goats. The film follows Ellis (Graham Phillips), a 15-year boy from Tucson, Arizona, who is about to head off to his father’s high school alma mater, an East Coast prep school. Given the fact he and his father (Ty Burrell of “Modern Family”) have an estranged relationship, his quirky new age mother (played brilliantly by Vera Farmiga) can’t figure out why he would want to attend school there. The only constant male figure in his life since birth has been an oddball character named Goat Man (David Duchovny). It’s an interesting coming-of-age story that opens Ellis up to seeing the imperfections and dichotomies that exist in us all.

Christopher Neil has followed his own interesting path. He has worked with several esteemed directors such as George Lucas and Spike Jonze as their right hand man.

“I’ve always wanted to be a director, and [it] felt like the natural progression for me,” reflects Neil. “It became very apparent that I was not going to get a movie through the normal Hollywood system as a first-time director, so I just kind of waited for the right project to come to me. I felt it in my bones.”

What drew him to this particular project might surprise a few people.

“I coincidentally grew up on a goat farm, and had very similar experiences as Graham Phillips’s character,” he reflects. “I had very similar parental figures, and in my own life, my mother was very into the new age spiritual movement during the ‘70s, and my father was a Berkeley drop out and partook in a lot of the same activities that Goat Man did.”

Once he found the perfect project, it was time to come up with a cast.

“It was just dreamy, and you pinch yourself when you hear that Vera Farmiga, David Duchovny, Ty Burrell, Justin Kirk and all these wonderful actors are interested in [your film],” says Neil. “It’s a real confirmation that the script is working, and the vision you have is coming together!”

Duchovny was drawn to the script for an entirely different reason than Neil.

“We would make this sarcastic sound in my all boys’ high school that sounded like a goat! When I read the script and found out I was working with goats, I thought, ‘Thank God I finally get to use this skill that I’ve had since I was 17,’” laughed Duchovny.

While he may have had the goat noises down pat, Duchovny says that he would not have been able to play his role so well had it not been for Neil’s input as a director.

“Chris helped me as an actor, and gave me more than I could have ever found to play Goat Man. He gave me pictures, a soundtrack, a real goat herder!”

Phillips explains that in the film, Goat Man goes from Ellis’s idol to an embarrassment and a moral disappointment, which confuses Ellis because he took everything he said as gospel. How his character comes out to be so well rounded is really a feat in itself.

“All of his parental figures are not there for him, and [it’s] not until the end when he comes to terms with the fact that there are great parts in everyone,” explains Phillips.

Neil continues, “It’s really about Ellis’s journey to being true to his own nature, and balancing the adults that are in his life. The goats just represent a certain level of purity … [They] are symbols of beings that are really true to their nature. There is something to learn being around creatures like that –being true to your own nature.”

Special Features
Digital theater is all the rage, but could it destroy the live stage?
198 views

Special Features
Intimate portraits piece together the puzzle of Natalie Wood, the person and mother
334 views

Special Features
Oscars 2020: Who will win and who should win
857 views