Gotye Set to Take Over the Greek 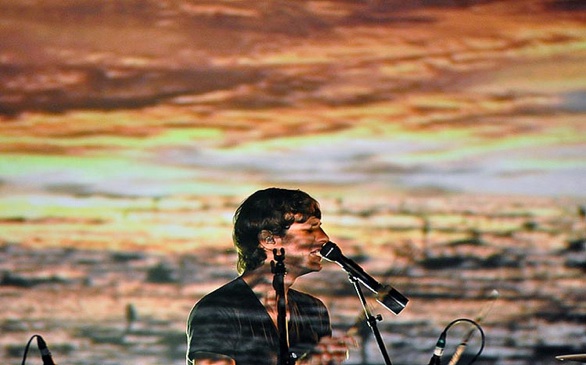 The international superstar musician will be making his way to L.A. on September 4.
(Credit: Chip Warterfield/Courtesy of Gotye)

Immediately when we think of Gotye, we think of the seemingly omnipresent “Somebody That I Used to Know” – but there is so much more to the singer’s repertoire.

The Belgian-Australian musician, born Wouter "Wally" De Backer, is about to embark on a string of performances after a very special celebration.

“It’s my girlfriend’s birthday … we’re celebrating today and then in a few days I’m off on the tour,” he explains with his signature easygoing manner. (Yes, ladies, I’m sorry: Gotye has a girlfriend, and as I got to find out, even though “Somebody That I Used to Know” would make you think otherwise, he seems quite happy.)

Currently, Gotye is prepping to get the usual things ready so that “four months on the road will be painless.”

“I had a fantastic time on the last U.S. tour; I really had a great time,” he reflects. “It was the first tour for me, ever, where I found a fantastic routine that allowed me to get the most out of the experience. I’m hoping that it can be the same this time.”

The only downside of his continued touring is that he hasn’t had much of a chance to write new music –and he expects the same busy schedule this time out.

“There wasn’t an hour or two here or there to try to write a new song or start something new,” he explains.

Making his way across the U.S., Gotye is looking forward to performing at many of the venues he will be stopping at, including L.A.’s Greek Theatre.

“There are some places I am really excited to be playing at, like Red Rocks in Denver, Radio City Music Hall in New York, and I’ve been told by so many people that both the Greek Theatres I’ll be playing are incredible venues. They are iconic places, you know? I’m excited to get there.”

While touring and creating music are essential parts of his work, Gotye has also made a name for himself in the world of music videos, a rarity in an age when MTV no longer even plays them. You’ve no doubt seen the memorable video for “Somebody That I Used to Know,” and his videos for “Hearts a Mess” and “Save Me” share the same dream-like quality. When it comes to putting these videos together, Gotye explains that he has some creative control, but is lucky to work with people that he trusts and admires.

“Some songs I am very involved in, throwing ideas back and forth; with other people, I kind of just love their work so much and I’m so confident [in] the way they work, I leave them to do their thing. I know once we agree on a direction, I’m pretty much going to love everything they do.”

When it comes to writing his songs though, things become more personal. The internationally renowned singer reflected on the inspiration behind “Somebody That I Used to Know” and “Hearts a Mess,” and how he prevents them from becoming too personal: “I think they are open enough, and there is enough of an element of fiction to those songs that they don’t feel so raw. It’s not a feeling of ‘my dirty laundry is constantly on display.’ They come from personal experiences or multiple personal experiences and musings on the experiences, but neither of those songs are an attempt to capture one relationship or experience.”

It’s sure to be an incredible show when Gotye performs these songs live; even if you have seen him on his last tour, he promises there will be something new in store this time around. The self-described “tinkerer” has been working this year with his band and production team to bring us a ”more dynamic and dynamically ambitious set.”

“It’ll be longer; we are aiming for a larger epic sort of scale.”

Catch Gotye on September 4 when he performs at the Greek Theatre, 2700 N. Vermont Ave., Los Angeles. Tickets start at $35 and can be purchased online at ticketmaster.com.

Interviews
How a trans indie-rock star made the record of their life, with the help of some new housemates
1,108 views

Interviews
Boys will be Baby Boys in the latest spinoff album from Hippo Campus
1,051 views