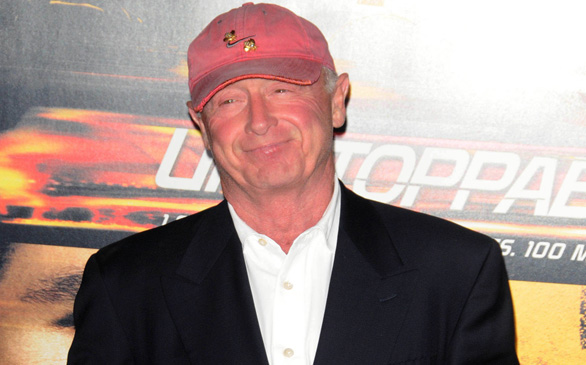 Director Tony Scott, seen in this 2010 photo, jumped to his death off an L.A. bridge on Sunday.
(Credit: D. Long/Globe Photos via Zuma Press/MCT)

Director Tony Scott commited suicide this past Sunday. According to multiple reports, Scott parked his car at the crest of the Vincent Thomas Bridge spanning Los Angeles Harbor, about 185 feet above the water, and leaped to his death as witnesses looked on in horror.

According to TMZ, older brother Ridley Scott was seen at the Heathrow Airport in London boarding a flight to L.A. Tony Scott, 68, directed many acclaimed movies, including Top Gun, Beverly Hills Cop II, and Crimson Tide.