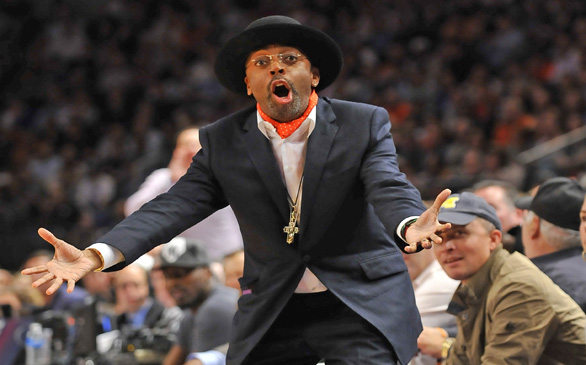 The acclaimed filmmaker, who had previously collaborated with Jackson, has been prepping Bad 25, a documentary tracing the late king of pop's creative vision during the making of "Bad," the follow-up to his groundbreaking "Thriller." It is one of two major projects pegged to the 25th anniversary of the 1987 hit-filled album.

"This will be a very special Thanksgiving for all families to enjoy the genius of Michael Jackson," Lee said in a statement. "Big thanks to ABC for allowing people to witness the making of Michael Jackson's 'Bad' album."

Lee teamed with Jackson's estate and Legacy/Epic Records to search their archives for never-before-seen footage, including some shot by Jackson himself. The director also conducted interviews with some of Jackson's confidants, choreographers, musicians and collaborators, including Martin Scorsese, Mariah Carey, Sheryl Crow, L.A. Reid and Kanye West.

Before Lee's documentary Bad 25 airs on Thanksgiving, the film will premiere next month at the Toronto International Film Festival.

"Bad," the third and final album collaboration between Jackson and Quincy Jones, made history with five consecutive No. 1 singles.

To commemorate the anniversary, Jackson's estate, in collaboration with Epic/Legacy Recordings, will reissue the disc - the first re-release of an album from Jackson's catalog since his 2009 death.

Dubbed Bad 25, the deluxe package will feature three CDs, two collectible booklets and the first-ever authorized DVD release of a concert from his record-breaking Bad tour.

Of the three CDs, one is a remastered version of "Bad," another features demos and songs recorded in Jackson's studio that didn't make the cut, as well as remixes, and the third will feature audio from the soundtrack recordings of the accompanying DVD, making it Jackson's first live album.

The album will hit stores Sept. 18.