"Jersey Shore" Coming to An End 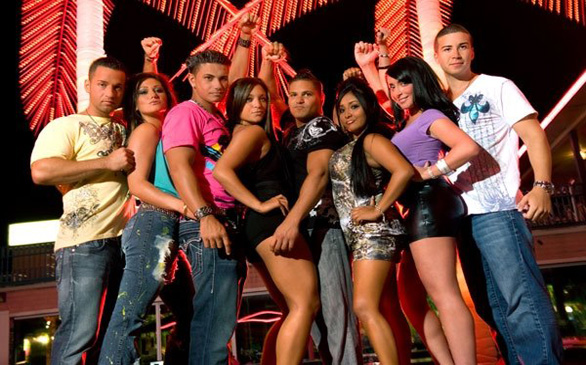 After six seasons, MTV has decided we've had enough gym, tan and laundry. "Jersey Shore" is coming to an end.

The reality series that gave us such wholesome role models as Snooki, The Situation and JWoww and followed them from their summer share in Seaside Heights, N.J., all the way to Italy and back, will come to a close at the end of the upcoming sixth season, set to debut on Oct. 4.

MTV plans to air a retrospective special, "Gym, Tan, Look Back" as well as provide live interviews with the cast before the 2012 MTV Video Music Awards on Sep. 6. Expect a lot of running mascara.

"Jersey Shore" is the highest-rated series ever on MTV, reaching an audience high of 8.87 million viewers during the show's third season. However, the audience had dwindled to roughly half that by the end of the most recent season.

But the end of "Jersey Shore" does not mean the fine men and women will disappear from the pop culture radar forever. Nicole "Snooki" Polizzi and Jennifer "JWoww" Farley will soon be going into production on the second season of their spinoff series "Snooki & JWoww" and Paul "DJ Pauly D" DelVecchio's series "The Pauly D Project" aired earlier this year. Michael "The Situation" Sorrentino is currently appearing on the 10th season of "Celebrity Big Brother" in the UK.

The series drew much criticism from Italian-American organizations, which called on MTV to cancel the show before it had even debuted. New Jersey Gov. Chris Christie also spoke openly about his dislike of the series and even went so far as to veto a sizable tax incentive for the show to film in the state.