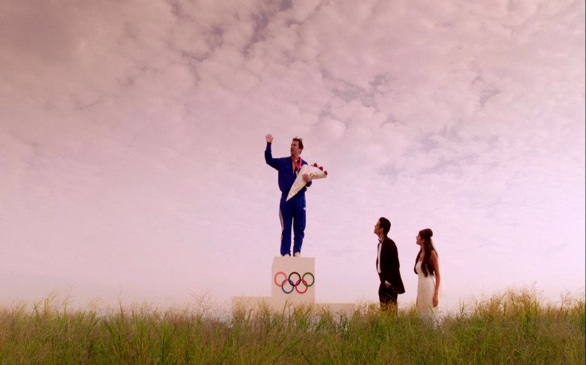 Attend a local comedy show, and you’ll see that the world of stand-up is not all joy and laughter. Sometimes a comedian will have to endure crickets chirping, distinct inaudible anger during the collection of the checks (when everyone realizes that the two-drink minimum serves more than one purpose) and actual booing from intoxicated patrons.

Sleepwalk With Me is an invitation to this world. But instead of cringing at the serious and unfunny, they happen to get a laugh out of you. When Matt, mumbling with his eyes closed, jumps out of a window at the La Quinta Inn for instance, you crack up as he emerges bloody from the ground. “Unlike regular sleepwalking,” explains clinical sleep technician Tucker Peck, “in RBD [REM sleep behavior disorder], a person is interacting with their dream environment and not the real world.” The Matt that we meet in the beginning of the film strives to be a comedian but gets his bills paid by being a bartender. He has what appears to be a perfect relationship with his long-term girlfriend Abby, but his subconscious seems to say otherwise. The wobbly line between the ideal and reality creates a conflict that is tragic yet oddly amusing.

Sleepwalk With Me doesn’t deliver sidesplitting fun, but guess what? Life isn’t sidesplitting fun! Maybe the muffled seriousness of reality is responsible for the certain quiet of the film. Perhaps the jokes fall a little short of hilarious. Or it could be that the movie demands more than cheap laughs. Nonetheless, it’s a solid effort from emerging comedian, Mike Birbiglia.

Sleepwalk With Me opens in select theaters August 31.