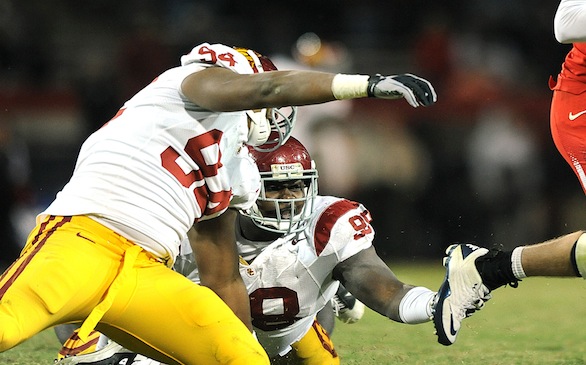 Former University of Southern California defensive lineman Armond Armstead is suing the school over painkiller injections, according to a report from The Sacramento Bee. The lawsuit, filed today, claims that the injections Armstead received from team doctors led to a heart attack. It also cites that after he recovered, USC did not allow Armstead to transfer, which cost him a chance to play in the NFL.