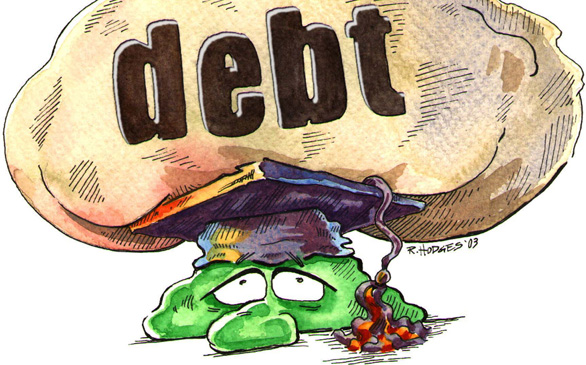 Getting rid of student loan debt is becoming beyond difficult these days. This is the case with Doug Wallace Jr., 33, of in Plain City, Ohio. Wallace Jr. experienced diabetes, which led to him being legally blind and unemployed just a few years after graduating from Eastern Kentucky University. Soon after, he filed for bankruptcy protection that enabled him to eradicate thousands of dollars of medical and other debt.

But his $89,000 debt in student loans was another story. It wasn't until Wednesday, nearly six years after he filed for bankruptcy, that he attained a response as to whether his situation is sufficiently bleak to merit the cancellation of his loans.