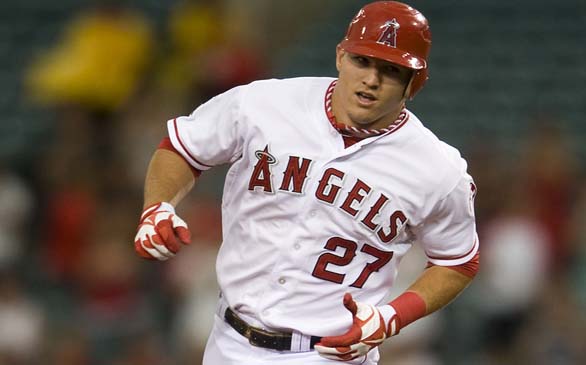 Angels slugger and rookie phenom outfielder Mike Trout has been voted the American League Rookie of the Month for August, the team announced Tuesday. This is the fourth time this season that Trout has earned the achievement (May-August). Trout's four rookie honors mark the most in the A.L. since outfielder Ichiro Suzuki won five with the Seattle Mariners during the 2001 campaign.

During the month of August, Trout collected a batting average of .284, seven homers, and 19 RBI while stealing 11 bases and scoring 26 runs.