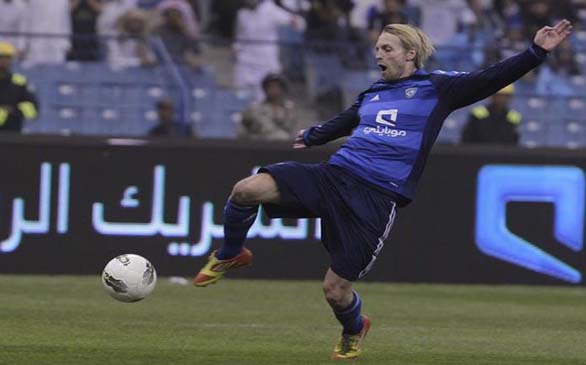 The Los Angeles Galaxy have announced the official signing of Swedish international midfielder Christian Wilhelmsson. At 32-years of age, Wilhelmsson joins the Galaxy after having a successful career with 78 caps for the Swedish National Team. He's played his club soccer throughout Europe and in the Middle East. He'll officially be added to the roster pending the receipt of his P-1 visa and International Transfer Certificate (ITC).

Wilhelmsson, who began his professional soccer career at age 17, arrived to Los Angeles last week and has been training with the Galaxy ever since his arrival. He played 58 minutes for the Galaxy in a Reserve League game against the San Jose Earthquakes on Tuesday.