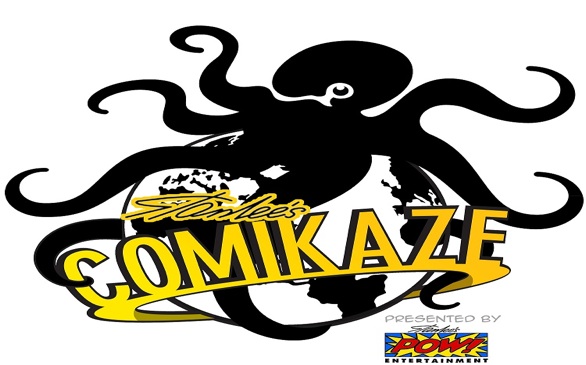 Imagine this scenario: You’re watching one of those zombie movies, and you’re thinking about the ways you’ll be able to outrun, hide and escape from the walking dead in the unfortunate event an apocalypse occurs. Sound familiar? Well, you’re in luck because you get to put your zombie-escape skills to the test at this year’s Comikaze Expo!

This is the real deal, folks. Be prepared to run, slide, climb and crawl through the zigzagging obstacle course for approximately 35 minutes as flesh-eating zombies try to infect you.  Even though this course is available for all skill levels, you’ll encounter slow and fast zombies.

Once you escape the killer zombies and complete the obstacle course (or if you’re just too scared to attempt it, and zombies aren’t really your thing), feel free to participate in the other various activities Comikaze has to offer!

You can have SFX artists transform you into a flesh-and-brain-eating zombie for $75-150. This way, you can actually be the one chasing and terrorizing other attendees (which sounds a little bit more fun than being the one chased, doesn’t it?).

There will also be tournaments for the gaming addicts out there. Star City Games is hosting a “Magic: The Gathering” tournament that will offer more than $20,000 in prizes! Other tournaments include “World of Warcraft,” “Warhammer 40k” and a live “Quidditch” match.

"Walking Dead" fans are also in for a treat: Norman Reedus (who plays Daryl Dixon in the hit AMC TV series) will make an appearance along with Tony Moore, the original "The Walking Dead" comic artist.

Other celebrity meetings will take place as well. Todd McFarlane (the creator of "Spawn") will be signing autographs for free, and "My Little Pony" voice actress Tara Strong, the The Boondock Saints and the original cast of the “Batman” TV show (including Adam West and Julie Newmar) will also be in attendance.

With so much variety ranging from sci-fi, horror and fantasy to comics, gaming and anime – you’re bound to find something that entices you. It promises to be a thrilling weekend at Stan Lee’s Comikaze!

Stan Lee’s Comikaze is taking place at the Los Angeles Convention Center on Sept. 15-16. One-day passes are $20, and two-day passes are $30.  For more information and tickets, click here.