The Case for Organic Food 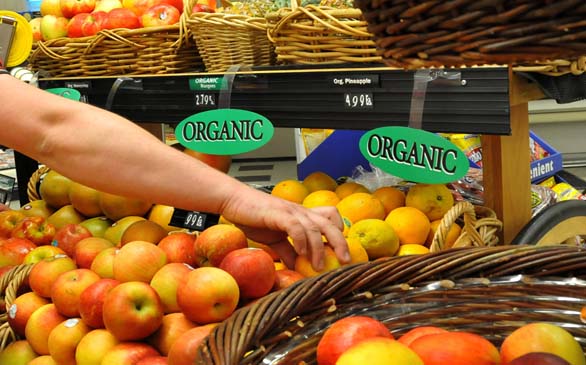 So a new study from Stanford University shows that organic produce probably isn't any more nutritious than the conventional variety. We doubt the folks at Whole Foods are trembling in their Birkenstocks. We're not aware of too many people who thought otherwise - it doesn't make a lot of sense to assume the application of pesticides would have much impact on a fruit's vitamin content. But that doesn't mean it isn't safer to eat.

Perhaps the most valuable thing about the study of available research undertaken by Stanford's Center for Health Policy is that it points up how little is yet known about the benefits of organics and the harms done by widespread pesticide use. The review, which looked at 240 studies from around the world on the health effects of eating organic and the comparative levels of nutrients and contaminants, made headlines because it supposedly struck a blow against the perception that cheaper, conventionally grown produce - which usually involves both pesticides and chemical fertilizers - is bad for you. "There isn't much difference between organic and conventional foods, if you're an adult and making a decision based solely on your health," concluded senior study author Dena Bravata.

Not only is that debatable, but it fails to get to the heart of the reason most people spend extra for organics. The Stanford researchers found studies showing that 38 percent of conventional produce contains pesticide residue (compared with 7 percent of organic produce), yet shrugged this off because the chemical traces were usually below the levels considered safe for human consumption by the Environmental Protection Agency. But debate rages about whether EPA limits are really safe; in 2010, President Obama's Cancer Panel recommended that consumers eat organic produce, concluding that federal protections are weak and research on the subject is inadequate.

Meanwhile, some people buy organic for reasons that have little to do with health. Broad-scale use of pesticides and chemical fertilizers is environmentally ruinous, polluting waterways and producing a massive "dead zone" in the Gulf of Mexico. Organic farming removes more carbon from the air, protects wildlife and promotes soil fertility, making it more sustainable. And organic meat and dairy don't contain the antibiotics and hormones of conventional products, which means they don't promote the development of drug-resistant bacteria or such possible hormone-related side effects as early puberty in girls.

What's most glaring about the Stanford review is what's missing from it, which is any examination of processed foods. You can't get a realistic picture of health effects by looking at fruits, veggies and meats but none of the processed items that make up the bulk of the American diet. Is a kid's peanut butter and jelly sandwich more healthful if it's made from organic ingredients? A lack of comprehensive research on the totality of what we eat means we simply don't know.