Emmy's Predictions: Who will take home the top TV awards? 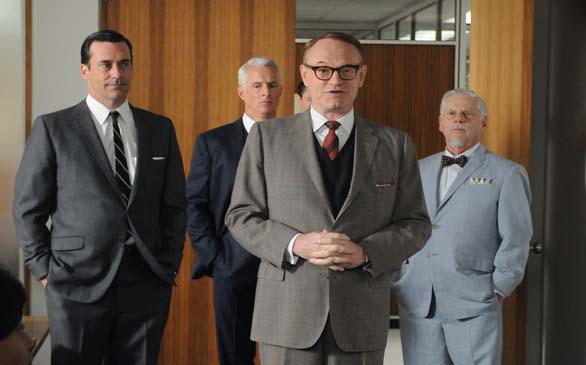 “Mad Men” is leaps and bounds the front-runner for this award, and if it loses then it will be the biggest surprise of the night. “Homeland” has the best chance of dethroning “Mad Men,” especially if voters have delved deeper into the show as opposed to simply watching the first few episodes. Overall though, “Mad Men” is the best bet.

Danes will follow up her win for “Temple Grandin” with a win for “Homeland.” Ever since the first episode, Danes has gotten nothing but praise and a loss here will be very surprising.

There are a lot of factors here that could determine the final outcome. Jon Hamm has deserved the award for every season of “Mad Men” there has been. Steve Buscemi is incredible and won a Golden Globe for his performance in “Boardwalk Empire.” Damien Lewis also has a shot due to “Homeland’s” massive popularity. In the end though, how can anyone truly beat out Cranston? His performance as Walter White will go down as one of the greatest TV roles in the history of the industry.

Hendricks has significant support for her role in “Mad Men.” This year might finally be the year that the Emmy’s shows some love for the actors and actresses in “Mad Men.” She will have to beat out Maggie Smith (“Downton Abbey”), however, as she seems to be the favorite thus far. Anna Gunn could also sneak out a win for her performance in “Breaking Bad.”

This is strictly between Paul and Peter Dinklage of “Game of Thrones.” Both roles are virtually leading and have been that way since the beginning of each show. Paul is simply too good right now and is poised to take this award again.

This is one award that “Homeland” should take handedly as the buzz surrounding it has been immense.

Simply one of the funniest (and definitely cleverest) shows on television right now. It’s literally on another plane compared to other comedies, and should easily win this award.

Deschanel is currently receiving tremendous praise for her new series “The New Girl.” She is a fresh face and hugely popular, and with that should take the award. There are many other very deserving candidates, including Julia Louis-Dreyfus (“Veep”) as well as Tina Fey, (“30 Rock”), but Deschanel will win this one by a hair.

Parsons is the Bryan Cranston of comedies. It is going to be tough to ever beat him as long as “The Big Bang Theory” continues. Alec Baldwin (“30 Rock”) has a very legitimate chance, though it probably won’t happen.

This year is the year that Vergara finally wins this award. Her popularity has elevated this past year, and she has responded by giving her best season yet.

Burrell should take this award fairly handedly. The only realistic other possibilities are also starring on “Modern Family,” so no matter what, the show should take home another award. Burrell is simply fantastic and one of the brightest spots of the show.

This is a no-brainer here. “Louie” is an absolutely incredible show that Louis C.K. has put together himself. This is his pet project, and that work will payoff with an Emmy.

“Game Change” is going to make a complete sweep of the categories come awards night. It is an incredible feat in its own, but considering the lack of competition, there should be little doubt that “Game Change” will dominate. It will most certainly win best series, Julianne Moore will take lead actress, Woody Harrelson will win lead actor, Ed Harris will take the supporting actor win and Jay Roach will be crowned best director. Sarah Paulson will also most likely win best supporting actress, but Jessica Lange and Frances Conroy of “American Horror Story” also have solid shots as well.

The Emmy Awards airs on Sunday, September 23 on ABC.