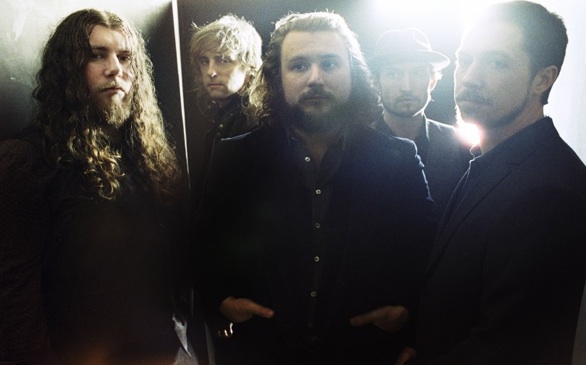 My Morning Jacket will be at the Wiltern from Sept. 11-13.
(Credit: mymorningjacket.com)

When My Morning Jacket elected to embark on another tour this summer, its mission was clear: To play shows entirely free of limitations.

Having already toured the country in support of their latest studio effort, Circuital, the Louisville-bred rockers didn’t want to follow the same path they had walked the year before.

But with no plans to begin recording another album in 2012, the band wouldn’t be cooking up any surprises for its fans after booking more than 35 dates throughout Europe and the U.S.

And in an ever-evolving era of instant gratification, holding someone’s attention for more than a minute at a time can be as hard as winning Mega Millions.

For a band hoping to stand out from the rest of the pack, there are more obstacles to overcome and bigger mountains to climb than ever before. Therefore, it’s rare for even established musicians to have the luxury of experimenting with their set lists while on the road.

Now although the music industry can be capricious at times, there are still certain guidelines most artists are expected to follow. One of those unwritten rules has been that when a group releases a new record, that work will be heavily represented on stage.

My Morning Jacket, meanwhile, has played by those rules for the last 15 years, making a concerted effort to focus its live performances on the newest material in its catalog.

“Because we normally tour an album, we always want to showcase that album,” drummer Patrick Hallahan explains. “That's the purpose of touring.”

However, this isn’t your typical rock band.

Lead singer/guitarist Jim James, in particular, has always been one to think outside the box and break barriers ever since he teamed up with three members from the emo-punk band Winter Death Club to form My Morning Jacket.

Much has changed for James’ project since then, including a lineup that now features Hallahan, Tom Blankenship (bass), Carl Broemel (guitar, pedal steel guitar, saxophone and vocals) and Bo Koster (keyboards, percussion and vocals).

So in what My Morning Jacket is calling its “Spontaneous Curation Series,” the band is offering fans the unique opportunity to request songs for every show in two different ways. Those following the band on Twitter, for one, can make suggestions for its encores each night, and for members of its fan club, the quintet is giving them the chance to pick its opening song.

It’s a concept that is not only creative in design, but it's also business savvy. And in this digital world that we all live in, it’s social media marketing at its finest.

“It's something that's been discussed for quite some time now,” Hallahan admits. “We're really trying to make each night a different feel. … That's really what our goal is — to make a new set.”

“The segue ways in between the songs have become increasingly important,” Hallahan says. “Now we have to come up with something on the fly every night, and that's almost more fun than [playing] the song itself — trying to meld two pieces together and not look like five people on stage who don't know what they're doing.”

Avoiding any repetition will be even more of a challenge for James and company when they stop in Los Angeles for a Sept. 11-13 run at the Wiltern Theatre, which includes three vastly different opening acts between Portugal. The Man’s psychedelic rock, Iron & Wine’s folk and Shabazz Palaces’ experimental hip-hop.

“Everybody wanted to do this, and it was three bands that we absolutely adore and couldn't be any more different,” Hallahan says. “That was exactly what we wanted for the three nights, for them to be completely different from each other. It took a long time to put together, but it ended up working out perfectly.”

In many ways, the lengthy tour has been a dream come true for My Morning Jacket, who has had the privilege of also playing alongside Trombone Shorty, Trampled by Turtles and Band of Horses.

“We're the luckiest guys in the world,” Hallahan continues. “It's been so cool to sit down and watch these guys play and sit in with them and [have them] sit in with us. This is what it's all about — developing a musical community.”

With James set to release a solo album next year, My Morning Jacket will be taking some time off from touring after its final show at the Corona Capital Festival in Mexico City next month.

Yet the question lingers: Will My Morning Jacket continue asking fans for their input when crafting set lists in the future?

“This has kind of been an experiment, but we've really enjoyed doing this,” he says. “This is going to keep going in some fashion.”