There's Billups with the Rebound 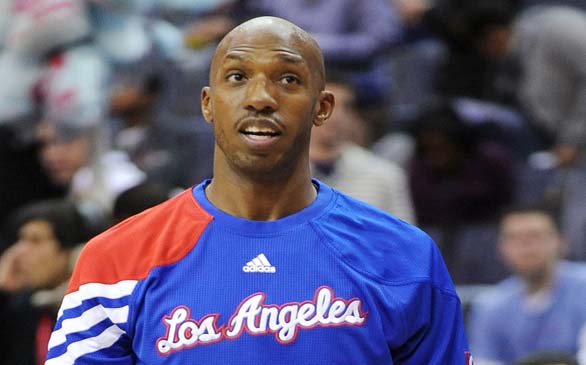 Soon, perhaps sooner than anyone dared hope, Chauncey Billups will regain his game and a piece of his identity.

The man who was initially reluctant to join the Clippers after they won his rights in an amnesty waiver auction last December can't wait to rejoin a team he liked enough to re-sign with for another year. Expected to need at least eight months' healing time after tearing his left Achilles' tendon on Feb. 6, the veteran guard is back on the court, though he hasn't played five-on-five yet and wouldn't declare a target for his return.

"When my body feels right, that's when I'll be back," he said. "That being said, I'm far ahead of schedule.

"It's not even like I had a summer. I've been on the whole time, doing rehabbing and other work every day. I'm looking forward to getting back to playing and being with the guys and resuming my normal life as a player."

Billups became the Clippers' glue in his 20 starts before his injury, adding poise and experience to the 14.9 points, 2.5 rebounds and 4.0 assists he averaged over 30.4 minutes. He was a leader on the court and in the locker room, providing guidance to Chris Paul and a voice of knowledge for Blake Griffin, DeAndre Jordan and Eric Bledsoe.

Even after his Feb. 15 surgery left him to clomp around in a protective boot, he dispensed advice and analysis from a seat near the bench.

"He has very good insight, great experience and he's been successful at every level," Coach Vinny Del Negro said.

"Some of our younger players, by the way he approaches them and gets things across, it's very easy for them to accept and listen to."

Billups stayed in Los Angeles most of the summer to work out with teammates and coaches, pushing himself when it felt right and easing up when necessary.

"I never one time thought I wouldn't come back or had doubts that I would come back, because I knew was going to do everything I could," said Billups, who will turn 36 on Sept. 25, four days before the Clippers open training camp.

"Twenty years ago this injury was like a death sentence. The way the world of technology is now, I knew there were a lot of guys that made it back from this injury and I was going to be the next one."

Del Negro said he was pleasantly surprised when he first saw Billups on the court 10 days ago.

"He was cutting and shooting jump shots and getting some elevation off his shot. And crossing over and taking step-back shots, which is one of his favorite moves," Del Negro said. "He still doesn't have that pop back, but he's not supposed to right now. I was just pleased to see his movement overall, which was good."

That's great news for the Clippers in an off-season that has generated reason for optimism - and how many times in previous summers could that be said without provoking laughter?

It's natural to measure the Clippers' moves against the Lakers', but Billups isn't applying that standard.

He called Dwight Howard the best center in the league, praised Kobe Bryant and future Hall of Famer Steve Nash and said the Lakers had "a wonderful summer. You can't deny that." Still, Billups said the Clippers are looking beyond their next-locker-room neighbors in setting their goals.

"They had a great summer and I'm sure their expectations will be great as well. But we don't compare ourselves to them. We try to go after the big fellas."

Bold? Sure. And the Lakers can throw some championship banners into any argument. But watching Billups and the Clippers chase those "big fellas" promises to make this a memorable season for both of Staples Center's NBA tenants.