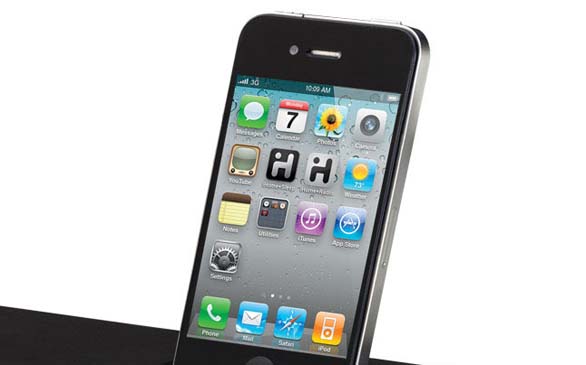 "Jeffrey" was barely two weeks into his first job, and already he was about to lose it.

The autistic 21-year-old was good at wiping down tables and cleaning bathrooms at a Virginia fast-food restaurant, but his boss grew alarmed whenever Jeffrey would spin around in the dining room, humming to himself and staring at the ceiling.

But the shy, $8-an-hour custodian managed to keep his job after he was equipped with a specially programmed iPod that used videos, clock alarms and written messages to remind him of work tasks. With his workday clearly delineated, Jeffrey no longer felt so nervous that he had to calm himself down by spinning and humming.

In a case study published this week in the Journal of Vocational Rehabilitation, researchers said the use of an Apple iPod Touch greatly improved the workplace performance of employees diagnosed with autistic spectrum disorder, or ASD, and greatly reduce episodes of disruptive behavior. The program uses a suite of applications that include lists, scheduled reminders, video prompts, navigation instructions and calming movies or music.

Whereas the program reminded Jeffrey to move on to other cleanup tasks instead of wiping down the same table endlessly, it helped 60-year-old "Grace" cope with the stress of catching the bus to and from work. It also helped 20-year-old "Lily" negotiate her job as a hospital custodian even though she could not read or write. (The names of the study participants are pseudonyms. Their true identities were withheld by the study authors to protect their privacy.)

Difficulties involving cognition, behavior and poor communication make it hard for people with autism to be employed. However, occupational therapists say the autistic have valuable workplace skills, and efforts to keep them in jobs help businesses as well as the workers.

Some autistic adults excel at math and computer skills,  while others have photographic memory. Others exhibit high levels of honesty, reliability and perseverance, and their limited interest in personal relationships  makes them less likely to engage in workplace socializing, according to study authors.

The case study was part of a four-year trial that involved dozens of subjects and was funded by the National Institute on Disability and Rehabilitation Research. The iPod Touch was chosen because at the time the study was designed, it was the only pocket-sized personal digital assistant, or PDA, available.

Each study subject was also paired with a work coach who helped train the worker to use the program and tapered off involvement as the subject became more proficient at work.

When confronted with the busy street corner where she caught her bus, she would grow anxious, leave her purse on a park bench and stand in the road looking for the bus. Podcasts of her favorite radio shows and music helped relax her, while a reminder told her to phone the transit authority to ask about bus delays instead of standing in the road.

The third subject, Lily, who had Down Syndrome, could not read, tell time or understand a calendar. She did housekeeping work in a mother and infant unit of a hospital, and would often lose her focus on tasks such as folding and stocking blankets, cleaning the lactation room and sterilizing work stations.

When she became particularly confused, or was asked to leave the lactation room so a mother could use it, she would become angry and throw soft drinks, stomp her feet or call her mother.

Occupational therapists programmed Lily's iPod with a color-coded calendar that outlined each day's tasks in a slide show and provided audio prompts on when to take breaks and when to clock out. Lily's favorite Disney movies and music were also downloaded to the iPod to keep her occupied during her long bus ride to and from work, a period that was usually filled with boredom and anxiety.

The iPod worked well,  authors said, until Lily lost it: Then she relapsed into poor behaviors. When she was given a new device a week later, her work improved. The device was also equipped with a lanyard case to help keep it from getting lost.

The study pointed out that not all adults with autism are candidates for PDA support. "Many people with ASD have cognitive, sensory and motor conditions that would make utilization of such a device problematic," authors wrote.