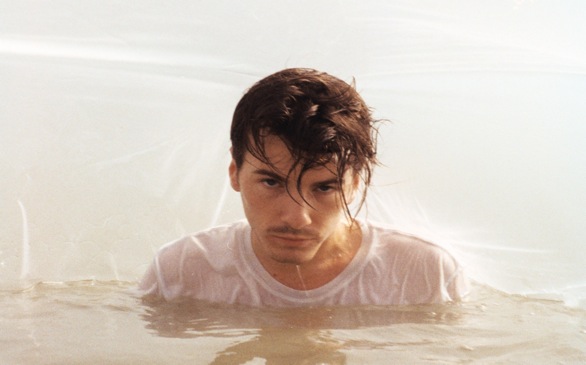 Trust is currently on tour with Yeasayer and DZ Deathrays.
(Credit: Kristie Muller)

It’s dark, it’s creepy, and it’s absolutely fantastic. The gothic electronica concocted by Trust’s thundering synthesizers is bone rattling and dreamy; the kind of stuff you would hear at a black-tie dance party thrown by Lucifer himself. The group maintains this sound in their new EP titled Dressed for Space, with a few marked changes in their approach.

Dressed for Space debuts two new singles: “Divine” and “Dressed for Space.” Up-tempo and rhythmic, both these tracks display a slight departure from the lugubrious melancholy found in Trust’s prior releases. “Divine” is something to step to. It has a quick pace and an otherworldly echo. Similarly, “Dressed for Space” is more of a straightforward dance track with a dreary chord progression that adds an element of intensity to the song. It’s fun to listen to, and hard to sit still through.

The EP comes with two remixes of “Dressed for Space,” one performed by Alixander III, and the other by Baron von Luxxury. The Alixander III remix extends the track and reconstructs the melody into something that is reminiscent of psy-trance. One standout element is the grimy bass line that seems to hover through the track’s opening progression. The BVL remix is a bit mellower, a trance remix if anything. It’s groovy, and most definitely does justice to the original.

For what it is, the new Trust EP is most definitely a fun little mix of tracks. The group is headed in a positive direction with music that is more accessible, even though it still maintains its dark, gothic roots. If these songs are any indication of what Trust’s next LP will sound like, then it’s certainly one group to keep an eye on.